For most religions “hell” plays a major role.


But what is hell?


Why do most of us who believe in it fear it so much?


Probably, mainly, because if you “go to hell” it’s because there was “sin in the crime” you committed on Earth. .. like murder, rape, abuse, neglect = all those things that create victims + oh, yeah, I forgot, and there’s that special place in hell for those who do drugs & listen to rock & roll music.


In the darkest recesses of our minds we can imagine what hell is like and do not want to go there from what we were taught of it.


I don’t know if it’s because I heard “Sympathy for the Devil” by the Rolling Stones in a commercial on TV before I fell asleep in bed or just because a woman in a store I saw brought-up my former neighbor (whose name goes unsaid –as we don’t want to evoke her misplaced hatred & evil spirit) and how unpleasant she heard she was and had made life on my street – why with her troupe of monkey followers & all. .. but I awoke from such a strange dream this morning.


I had a vivid dream of hell.


If our bodies die and do not pass on with us in an afterlife than maybe you can understand when I express that hell then or at least the hell I dreamt of is not a concrete place with concrete forms but a place of energy that can take on many forms. We may experience parts of it now in our daily lives like in a bad current or rip tide in the ocean or river; unprovoked violence;  a wicked wind; foul smells; fans running backwards, etc.


There were many forms in my dream and some were so seductively sexy and some were so hideous but covered in dripping seduction that made them appear almost nothing and not to surprising in the continual parade of circus, theater like atmosphere.


It all started with a familiar ease.


I was at my uncle’s place who was a well known, well liked, successful doctor and he was having one of his bocce ball parties at his home and was roasting a pig on a spit = just like old times. Then I was summoned to my father’s law firm at his building. He wasn’t there but a few of his past partners were. I was going down a memory lane of sorts that was kinda comforting however soon I didn’t recognize any of the attorneys and secretaries any more.


There had become a sort of opulence and decadence about the everyday life of mine I was dreaming of and these little mundane everyday things with people seemed to possess a new potential meaning to me = like kinetic energy = just waiting to go off. ..like the whole environment was permeated with natural gas and I had a match in my hand and the power of free will to strike it.


I started to develop this overwhelming feeling that even little minute decisions I made were under a magnify glass and the characters surrounding me were trying to trap and snare me with wrong moves = so my good nature would be put to a test and tests at every moment.


I don’t know why but I found this really humorous and it only added to my good nature forming an intuitive protection naturally practiced by my thoughts and actions and responses both verbally & physically.


Oh, it was grand, great and garnished with a delectable fervor that rivaled some of my best nights and most productive days.


It was enthralling, invigorating, perilous and kind of pathetic in a smart fascinating way that wouldn’t let my true self be led astray and kept me lucid and fluid and moving through it all with an unpretentious grace obviously admired and envied by all. But it kept me moving and safe.


Toward the end of the dream a stream of fantastic, phantasmagoric forms were pouring out from everywhere and I was in its vibrant queue.


I turned to look behind me and my eyes had to keep travelling up until I got to a beautiful, strikingly gorgeous face and hair. She was all in brilliant, shiny black leather and looked like a Scandinavian queen. “She’s 7 foot 1,” a male laughed with enthusiasm.


In the delicate grasp of her hand dangled a stainless steel blade which looked exactly what it was = razor sharp. The shiny black leather Scandinavian queen’s eyes sparkled like exquisite diamonds from Tiffany’s and the blade shared that sparkle as she inserted it in and out of her mouth = ruby red & luscious lips closing down on it everytime ... but never that color of blood red I was expecting to see on that stainless steel blade each time she delivered it from her warm, wet mouth. 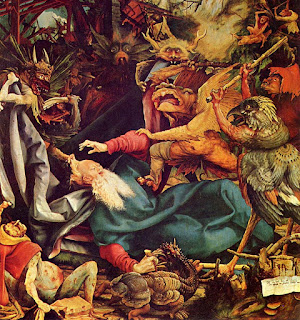