Weatherman, Rick Reichmuth, Does "the Robot" = Persuaded by One Cajoling Greg Kelly 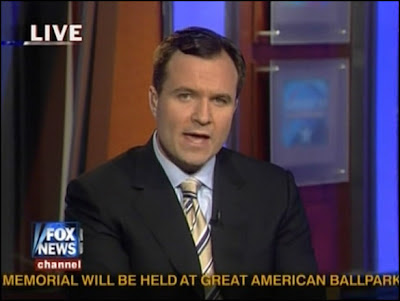 Greg Kelly:
"Hey, Rick! I'm betting that you cannot still do the robot as good as you did at the first Fox News Channel Holiday party you attended." ... 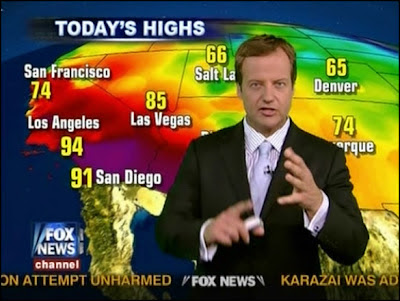 "Kelly, what are you talking about! Look at this shit 'sucka' - I am totally rockin' - This is how I got Julie Banderas, baby!" 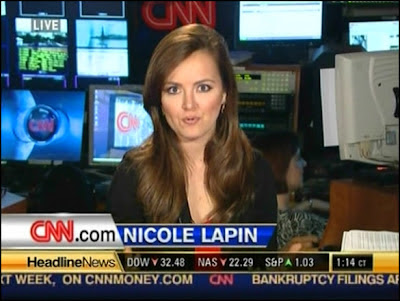 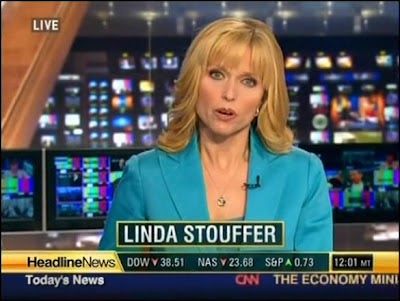 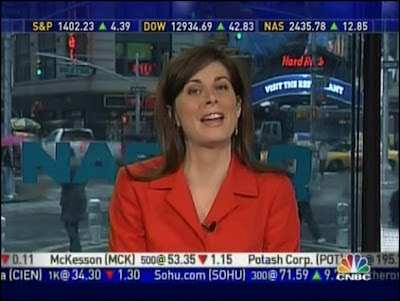 "...and if you think that that's going to get you a date w/ me, Rick, well you are so wrong, buddy! I'm much more impressed w/ private planes, exotic places where I can horseback ride on a beach, investors, entrepreneurs passed the seed money phase and looking for the next round - preferably the one to take them public, media attention, me on TV, me in print and me and me, and me, and me!" 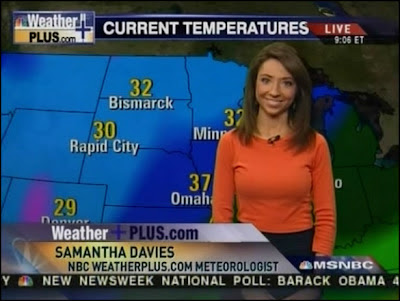 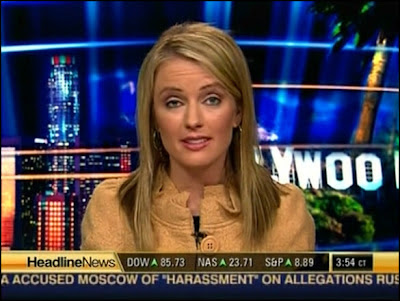 "Yeah, this is the kind of fucking shit that I have to put-up-with everyday = Attention seeking media whores who'll do anything to be talked about on Gawker or in the Post --- Fucking great! I'd rather be in Sonoma or Mendocino w/ John French in a vineyard drinking wine and eating figs and having some fun!!!" 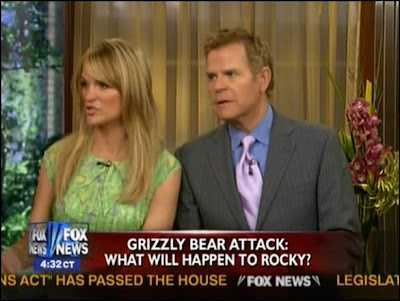 "Rick, you really should play dead if a Grizzly bear comes at you and not do the Robot! Yeah, my boyfriend, Dave, is an animal trainer on Animal Planet (he's so strong and really knows how to control animals) - Maybe we can have him do the weather w/ you! How cool!" 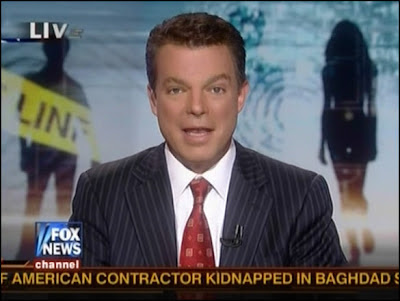 "That's some good stuff there, Rick!" 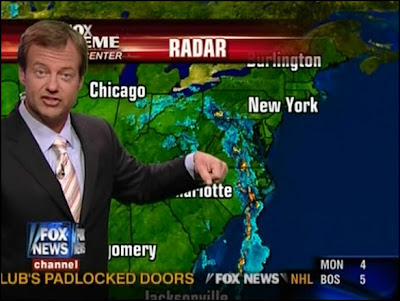 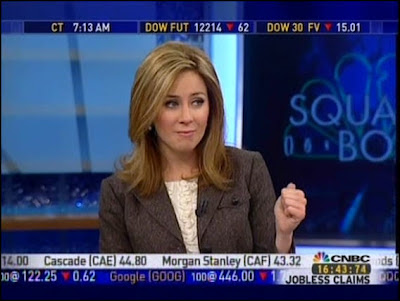 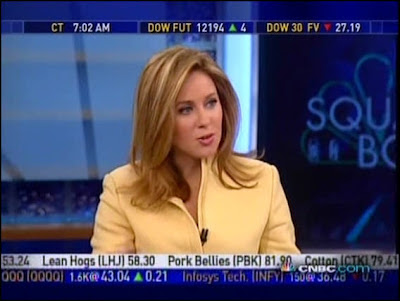 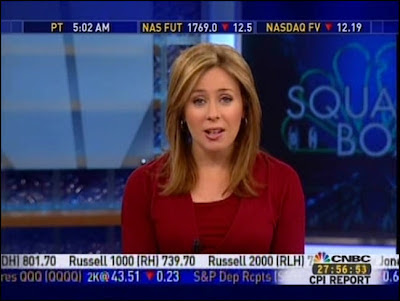 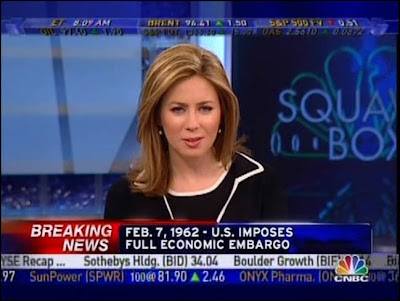 
John, you're too kind. Thanks for watching Squawk though!

Becky, you are so HOT again this morn = A+++(+)  ... (sigh) ...
...yeah, you better not go to "the Garden" tonite for the big Ice Hockey game or all the ice will melt away.
Really! That's how hot you are.
...(so HOT i wish you were the guest on Red Eye tonite)...
http://theneweverydaymedia.blogspot.com/
Best of Organic Roses,
Giovanni French
mystrawhat.com

Be a better friend, newshound, and know-it-all with Yahoo! Mobile. Try it now.
Posted by My Straw Hat at 8:03 AM No comments: 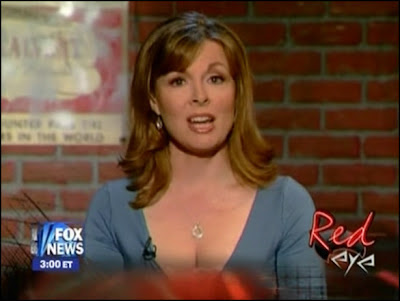 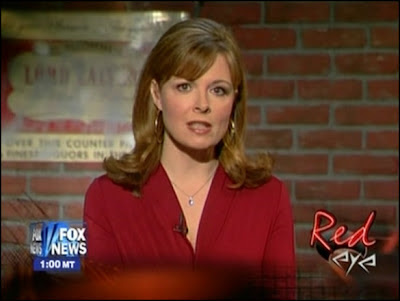 Be a better friend, newshound, and know-it-all with Yahoo! Mobile. Try it now.

RE: Liz looks like a beautiful *spring day from Western PA

seeing Liz Claman liberated from behind the dreary desk and now in full light reminded me of how I knew she had a spark ... Well, she knows French ... And, the way she fired-back this email while "on air" really fucking impressed me ... She's so alive & hot = A+++ +++(+)

Thank you so much! I just came back from skiing in Colorado so maybe that put a "spring" in my step too!
thanks for watching,
Liz Claman

Liz looks like a beautiful spring day from Western PA
Liz as I gaze upon the TV tower fresh out of the cast iron claw foot tub that sits in our big bathroom made to look like a San Franciscan Victorian style hotel bath suite - I'm listening to Ryan Adams Heart-breaker CD in the middle of our luxuriant king -
Spring is in the air - Sun shine is bending our way to reach and warm us - The rebirth of the vines and its sweet beautiful and unforgotten fruit for wines and jams and juice so fine - And we think of baby chicks and ducks and colored eggs w/ kind designs -
And from here where I am you look like a beautiful spring day, my dear -
Thank you for for adding to my morning in a positive way - by example of what it is to be a hard working figure w/ class and eloquence w/ in the parameters of everyday media -
Gratefully,!
J. French
mystrawhat.com
*pittsburgh, pa.
Yahoo! Messenger with Voice. PC-to-Phone calls for ridiculously low rates.


Be a better friend, newshound, and know-it-all with Yahoo! Mobile.

The One Thing ~ INXS

Sure, there are allot of people out there that a). conjure up the image of an all night airplane ride until the early morn; someone stoned drunk; someone w/ bad allergies or an infection of the eyes when hearing "Red Eye" and; moreover, b). many, many people are probably asking, "how the h-e-double-toothpicks did Red Eye make it this far - I thought Fox News Channel would have yanked it off the air by now!?"


Well, you should be asking that question to yourself and aloud!!!


The reason why Red Eye has made it this far is because "the times - they are a changing" and there is a need for such programming because of people like me. People who want something edgy but NOT corny like the ill fated "Half Hour Hour News Show" and allot of "late night" but still everyday relevant with a hard, fast passed everyday flow that gets you thinking, smiling and laughing - all shrink wrapped in organic banana leaves instead of plastic.


Red Eye shows are definitely not individually shrink wrapped Velveeta slices - but rather a nice L'Edel de Cléron from the Franche-Comte` region of France --- Something for people who want and need a little more out of everyday life than the sugar coated headlines w/ a kiss on the forehead and a patt on the bummy.


To further illustrate my point about the importance of Red Eye's 300th show = The main guest of honor was Brian Kilmeade: "The Genius Juice Behind Fox News Channel" and co-host of Fox & Friends and Brian & the Judge and author of the NY Times Best Seller: The Games Do Count. Brian worked his way-up at Fox News from being hired in the mailroom w/his only experience in the workplace being a Sears catalog underwear model and "working" at his family's bar on Long Island to this everyday media superstar on the most watched #1 Cable News Show in the world. 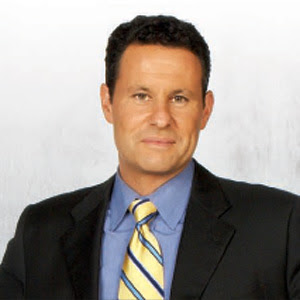 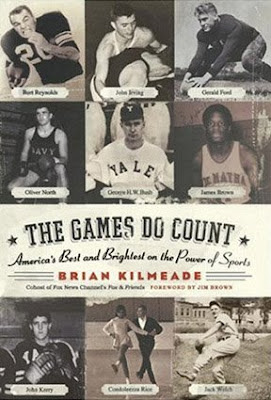 As well as Brian Kileamde being a confidant to the likes of Simon Cowell - I am proud to say he his my MySpace friend.

Of course Greg Gutfeld is the savvy genius of Red Eye, however, co-hosts, Bill Schulz and Andy Levy are both "dyno-mite!" in their own right and add comedic insight and witty commentary for the show.

And to further demonstrate the success of Red Eye, I just read in the The National Enquirer that there are plans in the work by E! for a Red Eye "True Hollywood Story." Apparently, rumors have it that Vegas has shifted its bets from "how long Red Eye will last?" to "who will be the first to die: Greg, Bill or Andy?" -given their "lifestyle" choices that are reported to be spinning out of control due to the fame and hectic stress from cult celebrity.

Yes, Red Eye has a huge cult-following among not only hipsters in the media industry but everyone in the mass media industry with a brain. And then there are all the rockstars on & off the road who watch everyday as well as all the KDR Frats and Tri-Delt sororities all across the U.S. --- Moreover, in general, all of Canada watches, all of England (Prince Harry and Amy Winehouse are big fans), Barack Obama and Tasmania. This listing accounts for most of the 909,000 viewers world wide.

Eat, Drink and Be Gorgeous

A Brief Tribute to Two Comedies of Tragedy: Parallels = Stranger than Fiction and Groundhog Day (The Movie) 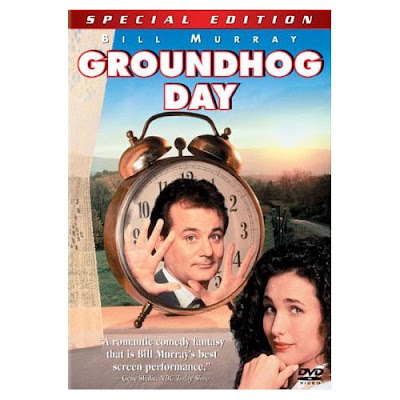 "When rumors began to circulate in Punxsutawney that Columbia Pictures was considering a movie about Groundhog Day, the general consensus from people was, "Yeah, right!" Even if such a thing were true, what were the chances of it being a hit?
Well, now and then people enjoy being proven wrong... and this was one of those occasions! The Bill Murray / Andie MacDowell comedy has brought in more than $100 million worldwide, and was the most popular movie in the country for two weeks. Groundhog Day also finished as one of the top ten grossing movies of 1993, and won a British Academy Award for best screenplay!
To the surprise of many people (and the disappointment of many folks from Punxsutawney), the movie was not filmed in our fair town. The closest the cameras came to Punxsutawney was some opening footage that was taken of Pittsburgh's Golden Triangle." 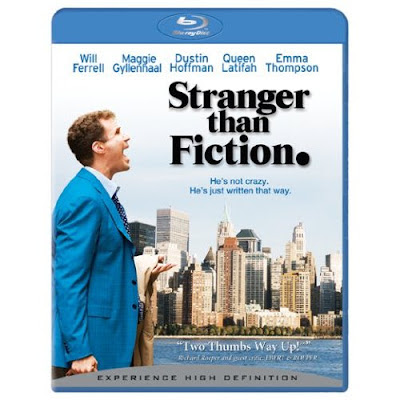 "Stranger than Fiction is a 2006 American comedy-drama film - Will Ferrell stars as Harold Crick, a lonely IRS agent whose mundane existence is transformed when he hears a mysterious voice narrating his life. "
Maggie Gyllenhaal is hot and delivers an endearingly refreshing "Hollywood actress" performance...

Basically, I believe these two films to be very similar in nature and on their philosophical levels. Even a brief description of the two could sound very similar = In both films the protagonist is also his own antagonist and it takes an overwhelming, all-encompassing, all-consuming omnipotent power (also employed as a sort of antagonist in a way - although in a good way because its force allows for self edification for change). The the protagonists, Bill Murray and Will Ferrell, are so set in their ways that they are really pathetically, hopelesslly, never going to change on their own. Murray, Pittsburgh station weatherman, and Ferrell, an IRS auditor, are in such personal ruts and are too busy and too self focused (in a neurotic manner) to ever realize. And both are in dire need of this omnipotent power to intefer how they perceive everyday and how they live everyday.

Unlike a similar type tale of transformation, Franz Kafka's The Metamorphosis (=brilliant), Groundhog Day and Stranger Than Fiction are definitely commercial works for a mainstream audience. Franz Kafka's The Metamorphosis is seriously existential - written for himself - without the need, want or intent to attract attention by a mainstream audience. Nevertheless, all three of these pieces are about transformation.

Groundhog Day and Stranger Than Fiction cleverly manifest change-for-the-better brought about, more or less, by a comedy of errors. The characters are too far gone for any self realization from intense introspection, psychoanalysis or just divine inspiration from signs and symbols of everyday that some genius type artists are able to magically transform from the mistakenly mundane into a translation of that which is to be popularly celebrated with a wild fame. Changing people's perceptions and lives.

Although there are 13 years between these two comedies of tragedies for some reason when one does an internet search, there is a further separartion of these two films brought about by what appears as a result of the internet search.

Whereas searching Stranger Than Fiction (2006) returns allot of commercial type links, Groundhog Day (1993) returns essays, interpretations, dedications of poetry, planning lessons, etc. as follows: Groundhog Day The Movie, Buddhism and Me,
Groundhog Day - a sample lesson plan,
Groundhog Day/A movie review by Peter Hata,
How the movie Groundhog Day can lead to a happier and more ...,
Top 7 Reasons to Love Groundhog Day (the movie-not the “holiday ...,
Groundhog Day: The Movie
(Groundhog Day, the movie, is about how we can break through to our true selves so that compassion, creativity and love are an inherent part of life.www.transparencynow.com/groundhog.htm)

Both films are funny, subtly thought provoking, have merit and are worth watching - even over and over again - until you get it right.

Best of the Roses,
John French mystrawhat.com myspace.com/mosshead7
Posted by My Straw Hat at 11:21 AM 1 comment: