Inconsequential Evidence
On the way to see my landlord
I had a big wad of bills w/ a rubberband
Walkin’ with swagger of a Monaco hustler
She didn’t like me anyway so I got fresh w/ her
Told her wished we could trade places for a day
So she could feel what a drag it is to see her on anyday
What I didn’t know was how close she was to her cop
He had a haircut that looked like it was kinda angry
At no particular someone and he didn’t avoid his gun
All we knew. If he got you, what his idea -would be of fun
So right before I was all ready to reach my landlord’s door
Her fiancée cop pulled my shoulders back and yelled “stop!”
It’s evident you look suspicious right now there son so
What you’re gonna do for me?! empty your pockets, hit the floor
He took my cash and then bashed my ass with his baton
Told me it was a magic wand and in a flash there’d be more in jail
So what he didn’t quite yet realize was that a friend of mine in NYC
Had a friend that was the D.A. in Phili. And he knew who in D.C.
You see the cop was planting evidence for hope of a promotion
In a nice comfy and safe location where he could take his new fiancée
Well I made bail and a lot of people were ugly about how I was jailed
And it made a big difference and it was a big deal because it was evident
That he was dealing in pretty little hippie boys & inconsequential evidence
Written Holy Saturday – Draft 1
Meter set to Melody & beat of Bob Dylan’s Pledging My Time
Written by Giovanni Alan French JR & the new everyday media
New Media Matters: an everyday art
@ www.mystrawhat.com
+++ new e-book #BIGnewEverydayMedia coming in 2014 $$$ 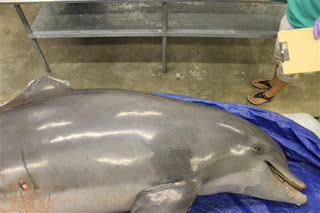