The Day Jobs of Poets

A friend sent me this last night. .. And this does speak to me. A lot! In my late teens and thru my twenties when . I was discovering who I was and writing poetry, doing readings and such so many people tried to tell me that I could only be... a poet if I only wrote poetry and made a living by only writing and publishing poetry - which was something that made me cringe as I did not want to be boxed in, limit myself or miss out on the prized perspective of an everyday person with an everyday job. (Not to mention I love business and particularly sales and marketing). Thanks for sharing. 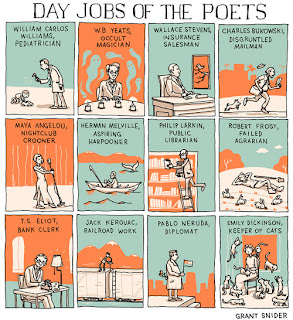 When Freedom Highschool's famous english teacher Mr. Burns had me read for his honors & non honors classes I tried to convey this valuable message to the kids.
Best of the Roses,
john alan conte jr.
&
the new everyday media

BIGnewEdayMedia coming soon to mystrawhat.com (featuring original poetry & top hottest of new everyday media 2014)
Posted by My Straw Hat at 8:37 AM No comments:


20 years on, world's first Web page to be reborn = (and for all you who don't speak Geek let me translate: "happy birthday" first web page on the world wide web - otherwise known as the internet - there will be a special celebration by bringing back this first web page and explanations of why & how it was done + commentary on what it means today & for the future) 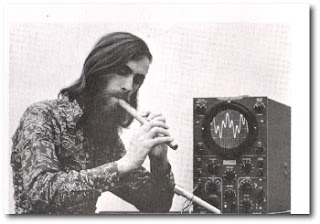 
The world's first web page will be dragged out of cyberspace and restored for today's Internet browsers as part of a project to celebrate 20 years of the Web, organisers said on Tuesday.


The European Organisation for Nuclear Research (CERN) said it had begun recreating the website that launched that World Wide Web, as well as the hardware that made the groundbreaking technology possible.

The world's first website was about the technology itself, according to CERN, allowing early browsers to learn about the new system and create their own web pages.
The project will allow future generations to understand the origin and importance of the Web and its impact on modern life, CERN web manager Dan Noyes told AFP.
"We're going to put these things back in place, so that a web developer or someone who's interested 100 years from now can read the first documentation that came out from the World Wide Web team," he said.

The project was launched to mark the 20th anniversary of CERN making the World Wide Web available to the world for free.

British physicist Tim Berners-Lee invented the World Wide Web, also called W3 or just the Web, at CERN in 1989 to help physicists to share information, but at the time it was just one of several such information retrieval systems using the Internet.

"It's one of the biggest days in the history of the Web," Noyes said of April 30, 1993.
"CERN's gesture of giving away the Web for free was what made it just explode."
Noyes said that other information sharing systems that had wanted to charge royalties, like the University of Minnesota's Gopher, had "just sort of disappeared into history".

By making the birth of the Web visible again, the CERN team aims to emphasise the idea of freedom and openness it was built on, Noyes said.

"In the early days, you could just go in and take the code and make it your own and improve it. That is something we have all benefitted from," he said.

While CERN was not promoting any specific ideology, "we want to preserve that idea of openness and freedom to collect and collaborate," said Noyes.

BIGnewEdayMedia coming soon to mystrawhat.com (featuring original poetry & top hottest of new everyday media 2014)
Posted by My Straw Hat at 9:28 AM No comments: 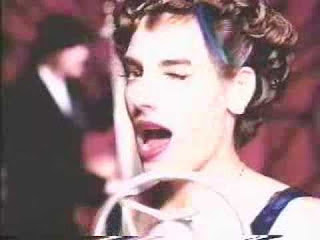 Anyone anticipating the release of the Great Gatsby film w/ Leo (can you get out of the pool I gotta photo shoot to do #ChateauMarmont 100 degree day in L.A.) should dig this song & pretty much any other from Squirrel Nut Zippers = Flap away here with Prince Nez http://www.youtube.com/watch?v=mSUQnc1iX44 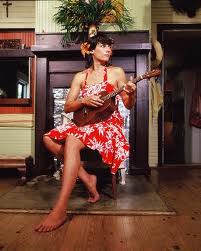 
Anyone anticipating the release of the Great Gatsby film w/ Leo (can you get out of the pool I gotta photo shoot to do #ChateauMarmont 100 degree day in L.A.) should dig this song & pretty much any other from Squirrel Nut Zippers = Flap away here with St. Louis Cemetery Blues http://www.youtube.com/watch?v=_769jLmjNoA 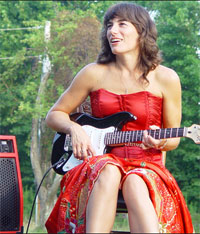 Katherine Whalen = so sweet & hot
Posted by My Straw Hat at 11:32 AM No comments: 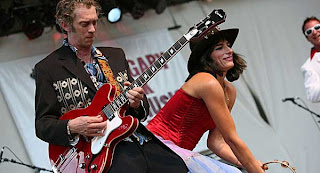 Listen to Squirrel Nut Zippers – It's Over for free. It's Over appears on the album Perennial Favorites.