In Western Pennsylvania there are a lot of gray dreary days. A lot of them include rain. It rains in Pittsburgh for days at a time in the fall, winter and spring. The rainy days are part of Pittsburgh's make-up as is going to church on Sunday followed by a family dinner and watching the Pittsburgh Steelers football team.

People transplanting from Seattle and Portland are used to the rain. Pittsburgh's affordable cost of living compared to Seattle and Portland made it more palatable as long as Pittsburgh stayed weird enough and, of course, there were good jobs available for younger folks. The gray and the grunge of Pittsburgh was evident. It didn't have to pose and put on any airs for that to be apparent and attractive to the Brooklyn, Seattle and Portland hipsters flocking to Pittsburgh. Want a backdrop that helps aide in making your Instagram photos look like your a "working class hero" with a Google salary to afford going out every night for dinner and then going to venues for some music and more drinks every single night of the week? Pittsburgh is the answer.

Sunday October 29, 2017 Harry Dick was in the bathroom of his childhood home. "Come on, Harry, the Lord don't care what you look like in Church anymore! Didn't you get the memo?" His older brother Chet was teasing. He liked to tease Harry and was actually really good at it. "Go help Mom and Dad to the car and I'll be out in a minute before you stink the place up!" Harry hurriedly blurted out with a little brother's agitation on display. Just then Harry's cell phone started buzzing. It was work.

Harry's partners in the team taking the lead on the string of bizarre murders were pretty good guys. Typical detectives and liked Harry Dick enough that their relationship was a congenial one. It made it easier  to do the job. Although detective Rusty Jones and detective Bill Crawford were a little more buttoned-up than detective Harry Dick, they all had a mutual respect for one another. Harry being the senior and having the experience to create more of winning track record on the force was the team lead. And detectives Rusty Jones and Bill Crawford had pressing information. "Harry, you'll want to get down to Edgeworth along the banks of the Ohio River at Riverfront park right away. There's been another murder and it seems to fit the pattern."

"His fucking head is cut off!" A younger officer from the neighboring Leetsdale police department was heard in the background. Harry rushed passed his brother while smacking him in the groin area and darted out the door, "bye Momma. Bye Daddy. I gotta go!" Harry was obviously wild with adrenalin, "duty calls." Harry Dick slid into his dark colored SUV and turned on the sirens and lights. From Evan's City he could get to Edgeworth in about 45 minutes he figured. And sure enough in about 45 minutes Harry Dick was on the scene.

From the picture that was pulled-up on this 23 year old male a barbed wire tattoo was noticeable around his neck. Detective Bill Crawford handed it over to Harry Dick. Harry started at the picture and calmly stated, "the killer cut the head off along the barbwire tattoo." Detective Rusty Jones had a look on his face that was a mix of disgust and of curious fascination. This was his reality right now. "The body was found along the beach in the muddy waters so they didn't know the victim was headless at first," Rusty continued, "the local cops thought it may be some fetish Halloween thing. Once Detective Crawford heard about it he knew we had to come." Crawford gave off a little laugh, "severed body parts and removed organs is a pattern."

The local Edgeworth and Leetsdale police came over to wear Harry and his team were standing. "Well Mrs. Applebottom is coming down. She said he was out with a friend of his after picking him up at Pitt. He was out with a longtime family friend who's now in medical school there. They were supposed to be out in the city for dinner in the East End at Muddy Waters Oyster Bar." Harry blurted out, "a medical student wouldn't necessarily need use a barbed wire tattoo as to know how to severe a head but we gotta talk to this boy, pronto." The group was watching the crime scene at work. They waited for Mrs. Abblebottom as she pulled into the parking lot of Riverfront Park in her Volvo SUV and cut the headlights. They needed to console the victim's mother of course yet they also needed information on his longtime friend the medical student so he could be questioned.

"Gray and dreary," Rusty Jones said over his shoulder. "The weather-woman had warned us that we'd want to stay inside today and drink coffee and read a book." Bill Crawford started to follow in his direction and replied, "gray dreary days with misty cold rain and Halloween around the bend and headless bodies and victims with their hearts cut out from their chest cavities. This is one sick case." Harry Dick joined in, "or it could be a random set of random murders." The TV trucks were pulling in now. Local media and local law enforcement swam in the same main stream mediums of action and information. This would count as a newsworthy "action news" breaking news story for sure. Was Pittsburgh in the grips of a serial killer? Or was just some strange batch of bad shit going down around town? 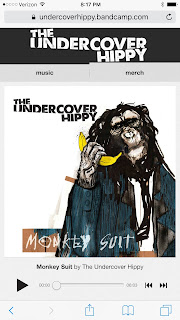