at the SunDance Film Fest _ all new 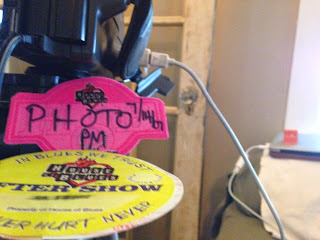 at the SunDance Film Fest

Horizontal angle beyond view
Even with hi tech HD zoom
Wind in the boom mic blowing thru
Dirty old red pick up truck & a dog
Living life like pages in SUNDANCE MAGAZINE
It's so dope. Out here you can have a choke and they'll leave you alone
Yeah with plenty of room to roam
Got a director speaking on his film
What did you get from it? Was it real? Not too far from Hollywood at
The SUNDANCE Film Fest for a deal
Hey darling do you want to play the part
Of a girl who's so smart. Oh yeah
She's really smart. So really smart
It's in your eyes you're so the part
SUNDANCE stars are shining in night
Horizontal angles with no light go dark and fade to black so show the stars. When we do your close up
You lite up the camera cause you're a star. You're a star. It's who you are
Tell a story of an everyday everyone
Like a star. Bring us light. Like a star

Written in the bible black predawn
Saturday morning by John Conte
mystrawhat.com
&
The new everyday media
Posted by My Straw Hat at 9:48 AM No comments: