Ques. For Senator Sanders: Meet the new everyday media
Senator Sanders, the world we live in today is a different day so I am trying to communicate with you in the new everyday media because apparently the old media has not gotten this presidential 2016 cycle right at all and are not asking the right questions to the right people.
Could it be that HRC's campaign has gone through bumpy times and right now currently seems to be driving a 1992 convertible Mercedes filled fresh eggs in a basket of [redacted] on an infamous pot-hole ridden road in Pittsburgh only locals really know because Bernie Sanders really should be the democratic candidate for president Vs. Trump this 2016? ... Especially right before these important impending results of the Clinton Vs. Trump debates?
(In a real karma way like that that still hugs the air of the lungs in South Chicago where prisoners of the Civil War were so maliciously greeted by the evil of man, men, war, soldiers, politicians?) 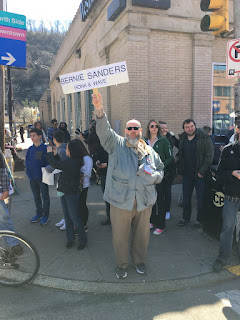 Yes, it is difficult coming from a proper family that is successfully comfortable socially & economically speaking + being beautiful & smart. ..

Given that you have to sometimes "dumb things down a bit" ... Do you find yourself having to dumb it down more for FNC's Brian Kilmeade and Steve Doocy of Fox & Friends or MSNBC's Krystal Ball & Toure' (excluding the Attny Ari Melber) of The Cycle? ...
++++ ++++ ++++
15th book of poetry "Whispering Angels" coming soon to
mystrawhat.com& TheNewEverydayMedia.com + celebrating the Top 45 Hottest New Everyday Media Female Personalities 2016
------{{{@ 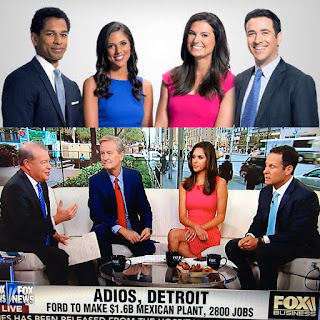 Good wishes,
John
Sent from my iPhone
Posted by My Straw Hat at 7:56 AM No comments: