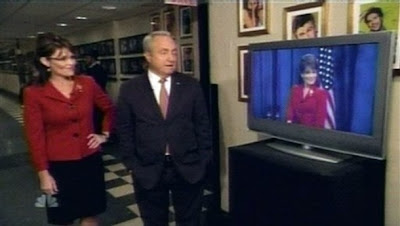 In this image from television Republican vice presidential candidate Sarah Palin appears with Saturday Night Live executive producer Lorne Michaels in the opening sketch as they watch Tina Fey, in character as Palin, give a mock news conference during the show in New York Saturday Oct. 18, 2008. 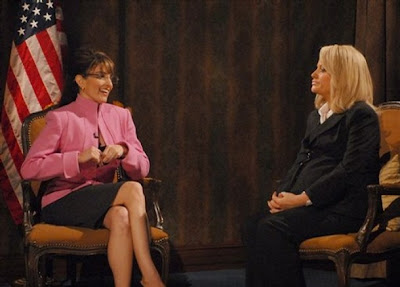 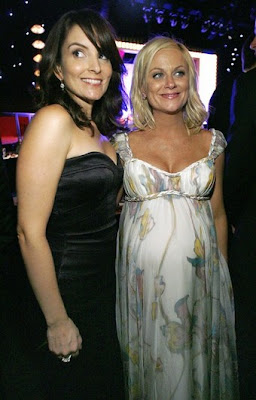 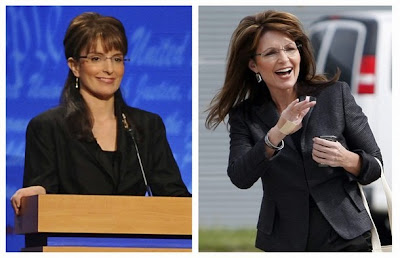 2 days ago: In this combination photograph, actress Tina Fey (L) portrays Republican vice-presidential nominee Alaska Governor Sarah Palin in an episode of NBC's "Saturday Night Live", and the real Governor Palin is shown waving to supporters as she arrives at the airport of Allentown, Pennsylvania in an October 8, 2008 file photo. Palin steps into the lion's den of political satire on Saturday with an appearance on the comedy show that has given the Republican vice-presidential candidate a roasting and helped shape the national debate in the tight race to the White House. 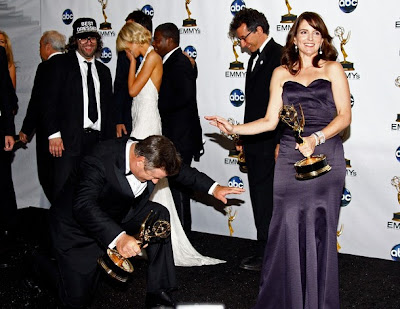 LOS ANGELES, CA - SEPTEMBER 21: Actors Tina Fey (R) and Alec Baldwin pose in the press room with their Emmys for Best Actress/Actor for "30 Rock" poses in the press room during the 60th Primetime Emmy Awards held at Nokia Theatre on September 21, 2008 in Los Angeles, California.