Mike and the Mechanics: A Look at the Mike Huckabee Show Via My PSU "Mass Media" Classes w/ Politics Aside

OKay, it's been a few years since I've been out of college however the "Mass Media" foundation that Professor Trimball taught me and that I absorbed and applied like a sponge has been beneficial and fun for me long after Penn State University. Politics aside, let's view the mechanics of the new Mike Huckabee show. 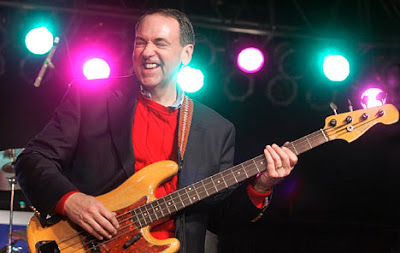 The format of the of the show is very similar to many other audience based talk shows. One refreshing thing I noticed is there was a lack of spectacle. Mike did not exploit the uncanny desire people have to be on TV and how they'll do anything for some 15 minutes.
This was a calm, relaxing and more dignified show. There was interaction w/ the audience but it was more to give them a platform to express their opinions or ask questions and receive some good feedback from guests in order to help themselves as everyday people. 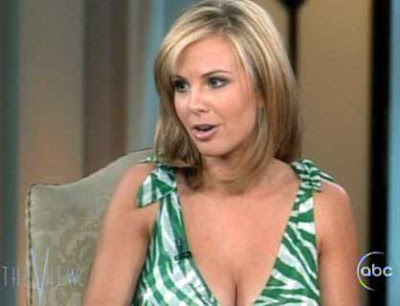 Elisabeth Hasselbeck was a good choice for a first guest as she's "hot" in a couple ways --- of course, she looks great and is a pretty woman but the controversy that surrounds her like the "screaming" itself on the View coupled w/ the internet and the talk-shows being "a buzz" about the possibility of Elisabeth leaving the View for a spot on Fox News Channel is definitely hot stuff. 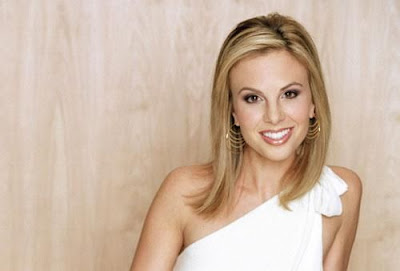 In this more relaxed setting than the "lion's cage" of Roman Times that the View can be, Elisabeth was very likable, charming, sexy and came across as a very "thankful" person for being in a position she's able to be in everyday. In fact, she kinda said that in those words. 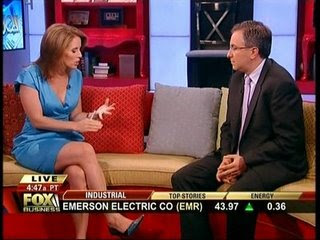 VP of Fox Business News, Alexis Glick, was another guest. Again, she's a hottie not only because of her physical attributes but because the Fox Business Network has certainly taken off and is delivering business news like no local or cable channel has ever done before. Moreover, the economy and its crisis is just a little bit of a hot topic right now and Alexis did an excellent job articulating what the hell is going on and why without playing the political game and spinning things for the benefit of one party or view over another. 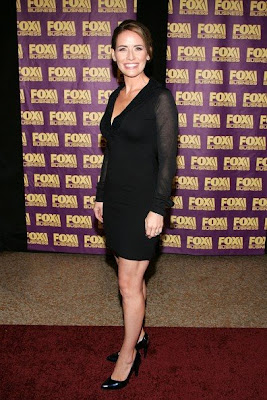 All and all, as a show, I found the Mike Huckabee Show to be pretty solid for a first episode.

The set is cool. The camera work is good. The sound is good. So, yeah, the production value is there. And , the audience seemed to dig it.

The mechanics were running smoothly.

Only time will tell if the wheels come off or it cruises on down the road.

Oh, and Mike even jams on bass guitar w/ an ensemble of FNC musicians who also have day jobs but can actually really play and are pretty talented = like the pretty Lauren Green.