The Friday Freak Show on Saturdays: How to take Chicago (Yankee Hotel Foxtrot)

hi. I am a long time listener, first time caller.

If we're talking about albums that help define a decade, a summer, winter holidays or period of someone's life = I would have to say for the 21st century fuck Jay-Z! haha. just kidding - don't send your Obama stamped approved Cuban connection(s) after me as a #valuedtarget! haha.

No, really, Jay-Z doesn't cut it. I mean, that song "lets hear it for NY" is OK. And that one song of his entire catalog of music may be the only one that 30 years from now still gets any play and still stands-up (unlike tons of songs from the catalog of Mr. Jerry Garcia).

Jay-Z has Havana & NY but WILCO has Chicago. 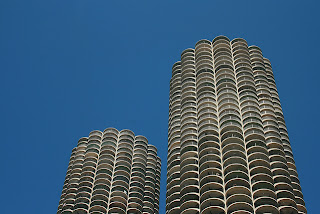 These iconic towers of Chicago are on the album cover of Yankee Hotel Foxtrot by Wilco. Coincidentally, there is a hotel in these towers that also houses a world class music venue = the Chicago House of Blues.

Shortly after Wilco's Yankee Hotel Foxtrot came out I was staying in this hotel housed inside these iconic towers of Chicago for a 2 nite stand friends were doing at the House of Blues in-between Christmas and New Year's Eve. .. a few months earlier Michael Glabicki of Rusted Root suggested we come to Chicago for those shows and as my wife had never been there = hang out & enjoy.

We really did enjoy ourselves. And in the eclectic shabby sheik vibe of the Sax luxury hotel there I found a CD player in the room with a nice stereo and listened to Yankee Hotel Foxtrot and its songs that I knew from Tweedy's organic process of songwriting = and, well, thanks to something around that time called Napster I got to listen to Jeff Tweedy of Wilco doing solo shows and working out the songs of Yankee Hotel Foxtrot during solo acoustic sets.

Those songs were catchy, appealing and even captivating tunes just during these solo acoustic shows. ... On Yankee Hotel Foxtrot they turned out to be something Warner Bros. music executives would (as we all know now thanks to the documentary film "I am Trying to Break Your Heart") say, "what the hell are you doing?! This isn't like your previous albums and sounds like nothing that's out there on the music shelves! What are we going to do with this?! We will not release this! Re-record the album!" ... Jeff Tweedy's soul was speared = thus he said, "F U" ... and left the label. Despite the all-knowing formula driven knowledge of Warner Bros. music executives, Wilco was finally made mainstream and famous by Yankee Hotel Foxtrot. ...(listen to full album here)  http://www.youtube.com/watch?v=jaWhg5YGGSs

The G.M. of the House of Blues was showing us around the venue one afternoon and shared an anecdote about Neil Young playing a show there or being celebrated there for something of a special night and Pearl Jam was playing too as a special opening guest "Rockin' in a free world (as we did not know then what the NSA and PRISM was really up to Bush-Obama-Nixon). So Eddie Vedder was walking around and from one of the very cool lush areas of the VIP lounge to backstage and one of the staff was like, "hey, what are you doing. Where's your pass?!" And, Eddie humbly & modestly lifted his head and said, "It's OK, I'm with the band." ...

My wife ended-up using that very line that same trip (she's a huge Eddie Vedder fan) ... a big big big bouncer stopped us during the Rusted Root show at the Chicago House of Blues and started telling  us we couldn't do that there and if we were going from there to here we couldn't be doing this or that ... you know, we were not even knowingly breaking some specific protocol or rule or something. .. And, my wife calmly looked-up at this big big big bouncer man and stated, "it's OK. We're with the band." ... and flashed her all-access-pass. Amusingly, he told us we were fine and, in fact, he better see us partying-up all nite long as to "represent" ...
http://www.hotelsaxchicago.com/dining-and-entertainment/house-of-blues


I got the name mixed-up with the concierge at the hotel. Someone had told me to try out Spaggo in Chicago (Wolfgang's now closed there) and so we ended-up with this beautiful table at Spiaggia with a gorgeous romantic view overlooking Chicago's Oak Street Beach on the shores of Lake Michigan. Totally different restaurants. Totally different costs. ... the concierge made sure I had a jacket (as jackets are required) and it was a $500.00 dinner for two (2) of us.

The G.M. of Spiaggia came to our table and sat down with us at one point of our dinning experience. .. probably to investigate me as to determine if I would be able to pay the tab or not. ... But at the end of our conversation (discussion really) before he left our table he commented, "you really got some great taste in music!"

Sure, we had a bottle of Caymus Select and other wine however I'll give you a sample of the menu and you'll see how our tastes got us to a $500.000 tab.

Spiaggia menu has three sections ... Antipasti: which  is like your salad if you will and then


Here are a couple samples of Second Piatti items:

+ so, you gotta let your girl have a dessert too while you sip on an after dinner drink & espresso!
http://www.spiaggiarestaurant.com/ourstory
After a dinner like that you must follow-up with a classic walk around The Drake Hotel http://www.thedrakehotel.com/ and some live jazz & blues at The Back Room (2 drink minimum, no jacket required) http://backroomchicago.com/ 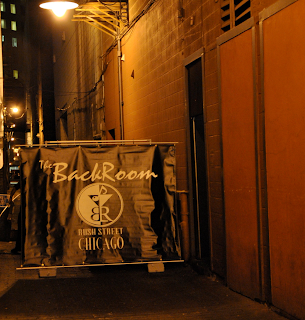 I'll give you #Newsworthy