I'm not saying the most famous trial in American History. ..

Because my attorney father was definitely involved as a legal expert in that extremely famous trial of national and even global interest and I would have to "brag" a bit. 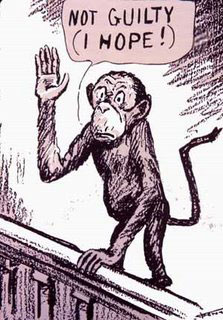 Yes, my father was at the Jack Ruby trial in Dallas, TX when he was on trial for shooting Lee H. Oswald for shooting and assassinating sitting U.S. President John F. Kennedy. He was there as a legal expert to provide his expert legal opinion on "temporary insanity." My father wanted Ruby's lead attorney from San Francisco, Melvin Belli, to go with something new of a defense my father thought-up especially for this unique set of circumstances Ruby found himself that day he pulled the trigger on Oswald by a happenstance passing while Oswald was in custody, called "Patriotic Insanity."

Recently my father's partner's wife provided him with her private pages of her diary as a household wife of an attorney from Beaver, Beaver County Pennsylvania. With her permission he shared it with my mother and my five siblings. For me, as a dorky writer, I was captivated by the perspective of an everyday housewife of that time in a quaint otherwise quiet town such as Beaver that was abuzz with the Kennedy assassination being hugely covered in the media to begin with let alone her husband and his partner (my father) being thrusted into the national narrative here as the result of an important "insanity case" my father had won that gathered lots of attention as a ground-breaking defense and verdict.

However, what I believe is one of the most important and not famous trials in U.S. history is that case called "the Scope Monkey Trials." 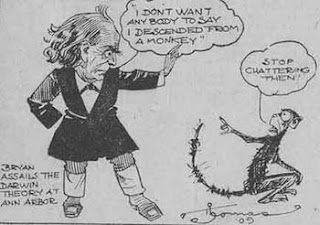 The reason this trial was so important for not only U.S. history but modern history and western civilization in general is clearly so as it was not a plain and cut case of breaking the law by actions that created a victim of some sort because of violence, destruction of property or fraud ... No, it was a case based on innocent children being victimized and wronged by different "thought" taught to them and challenging what was "the word" of the Bible itself! 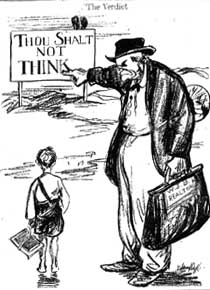 What else makes this the granddaddy of modern cases for me is that not only is it groundbreaking and bench marking for "freedom of thought" and, whoa, different perspectives being taught in schools to children and their precious fragile minds other than that which had been taught since the Mayflower landed here in pursuit to have the freedoms to worship without prosecution --- is that instead of Scope being burnt-at-the-stake or tar-&-feathered by an angry, blood-thirsty pitchfork & torch carrying people of a mob demanding "justice," this was going to have the right to be argued in a court of law.

As much as the people of the South did not even want to entertain the notion that their purely noble blue-blood may have been derived indeed by primates such as monkeys! They could not just handle this by good-old, bible thumping fascism! These folks had to restrain the power of animalistic, raw, primitive, wild mob punishment (or as they saw it back then = justice) and see it all played out on the scales of the balance of reason argued in a court of law.

I'll give you #Newsworthy
Posted by My Straw Hat at 9:33 AM