Rhythms of energy. All living things emit these unseen influences. We sense them intuitively and logically, even if we can't see them. When a magnet attracts iron filings we can't see the cause, but we can see the result and in turn know the energy exists.


Ley Lines transmit or receive energies around the globe...

Earth is a living being and many of these invisible dynamics that the Earth emits interact between a human being and the planet. One such unseen force is ley lines. Sometimes called telluric pathways, ley lines are often not easily recognized. Some have compared ley lines to the acupuncture meridians of the human body. Certain points on the body are energy centers that transmit or receive strength to or from other locations. Ley lines transmit or receive energies around the globe.

When these pathways were mapped in England at the beginning of the 21st Century they appeared to connect one holy shrine to another. The ancients of each civilization knew the paths of the ley lines and how to amplify the already abundant energy. Native cultures in the Americas called them the Spirit Path. The Chinese understood them to be a balance between the yin and the yang and the Aborigines of Australia called them Song Lines. Our ancestors often traveled the pathways in solitude, allowing communion between their physical, mental and spiritual being and the Divine. They knew that when these energies interacted with the body's physical makeup the traveler often experienced a feeling of enhanced self awareness and a sense of centered spirituality.

Power Places are an ancient mystery! Our body knows and remembers these sacred places on earth, it longs for these times where the rational part was dormant, and people perceived energy directly.

Our journey begins more than five thousand years ago. At that time human beings were connected to nature, to the earth, the sky and the elements. They were able to see energy and knowledge was intuitive.

They knew that some places on earth have special, very powerful vibrations, places where feminine and masculine elements blend together to create an exceptional energy. They knew these power places* were a kind of gate to higher realms, and that the high level of energy of these places was like food for their souls.


Power places' energy level varies according to the seasons, it culminates once or twice a year, depending on the alignment of the site with the sun, the moon or the stars. How our ancestors created these extremely precise alignments, working with heavy building elements is an ancient mystery. Stonehenge is aligned with the summer solstice sunrise, while the Temple of Solomon was aligned with the equinox sunrise. The King's chamber, in the big pyramid of Giza , is aligned with Orion.
Actually, there are perfectly geologically and astronomically aligned pyramids all over the planet.
The recently discovered Bosnian Pyramid , reveals very precise alignment with earth and sky, and is connected to other high energy sites through leylines.

When a power place is aligned with an equinox or solstice, sunrise or sunset, it means one of the sites' ley lines' direction is exactly to the point where the sun rises or sets on the horizon on that specific day and time. The ley line transmits energy and light from the sun or star to the power point and boosts its level of energy, creating a magic moment of bliss for visitors.

This is an ideal situation for sacred rituals, where the amazing energy can be canalized for healing, fertility or for connection with higher realms.


Our ancestors were hunters and gatherers, moving with the seasons. Earth was guiding their steps to the right places on the right time, to practice their sacred rituals and celebrate life.


When humans started settling, they became more connected to the power place that was close to their home. They started investing and building in their power places*.

This is the time that our ancestors started to use straight lines and sacred geometry to enhance energy. Their architecture was aligned and in perfect harmony with the ley lines and the earth energy.

Every vibration or earth element in the sacred space was preplanned to enhance consciousness and energy levels. Avebury in England, Egyptian and Mayan temples and pyramids are beautiful examples of these ancient mysteries, which are still a mystery today.

Those were times where the architect was also doctor, astrologist, and geomancer. He was connected to life and knowledge. His architecture was holistic. Before building a house or temple, the domestic animals lived in the site for a year, and then their liver was checked to determine the energetic quality of the place.


Sacred sites, standing stones and dolmens have been built on ley lines to slow down and disperse this energy to the surroundings. This is why ley lines have many power places on their course: tree circles, hill tops, water springs, churches, which are all high energy sites. Each power place has at least one ley line and at least one vein of primary water- also called healing water- which cross each other. The St-Michaels and Mary Dragons are well known ley lines which pass through many sacred sites dedicated to St Michael and Mary.


Ley hunters are people who search for unknown ley lines and ancient mysteries. This trend started in England 150 years ago and still exists today.

Try it yourself! Take a map of your country and look for the sacred sites, see if you can connect more than two of them with a straight line, if you do, you might have discovered a ley line! If you go there and travel it, the ley line itself, and the different sites along it, will initiate you to a new level of consciousness and will boost your energy level.


The Romans built many of their roads on ley lines, misusing the earth energies to enhance their military power. These were different times already, where humans were slowly forgetting the ancient knowledge and started to use straight lines for their personal power.


I'll give you #Newsworthy 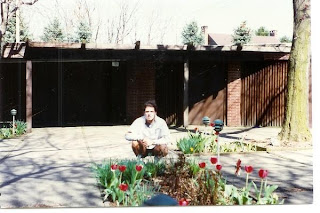 That was really wonderful. I have read about ley lines before but what really caught my eye was the balance of the masculine and feminine coming together at the ley lines increasing connection. Also the placement of buildings on the lines designed with sacred principles to enhance spiritual vitality. I have always believed that if we take the masculine principles of sacred architecture and combine them with feminine design it would be amazing.
Charlotte Alling