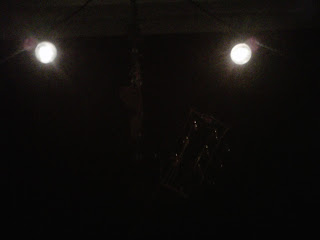 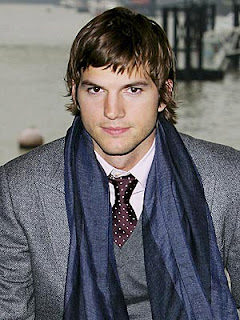 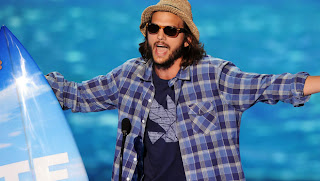 Financially the past decade has been a mess.
Hope arrived,
deflated.
Talking heads positioning themselves
to capitalize on anxiety - the condition
of being unemployed without hope.
Can daddy retire now? Is daddy diversified
enough? .. .
But nothing is new under the sun.
You can't tell me anything different
I know the thing for people like me
- is to wait it out - so let's have fun
while being spoonfed financial NEWS
The other nite @ the Teen Choice Awards
Ashton Kutcher was giving money lessons
on how to stay out of debt & not be a slave
The next day CNN $money give him a deal
to replace Ali Velshi on American Morning
everyday with Tweets & clips & two women
= it's now called = 2.5 anchors
Best of the Roses,
mystrawhat.com
&
http://theneweverydaymedia.blogspot.com/
----- Forwarded Message -----
From: "mosshead7@" <mosshead7@>
To: morningshow@dve.com
Sent: Tuesday, August 9, 2011 6:34 AM
Subject: Ashton Kutcher called "patriot" by Billy O'Reilly last nite

For his "pin heads and patriots" bit Billy O had a clip of Ashton Kutcher @ Teen Choice Awards. ..Billy O determined the new lead of 2.5 Men, Ashton, was a patriot for spouting this message: "hey, man, listen, listen, listen, I don't know how many of you people buy shit on credit cards - but, look, man, if you don't have the hard cold cash to pay it off don't go up with the shit house" . ..
Sent from my Verizon Wireless BlackBerry

Being herd into colleges and universities and getting a conventional degree or two continued by more spoonfed information flowing along "down by the old mainstream" doesn't make some one an intellectual.

And how about knowing people play for keeps - it's cut throat.

How about turning off the bickering on TV and throwing on some old vinyl?
Sent from my Verizon Wireless BlackBerry