I Apologize to Carson Daly = I Have a New Found Respect ... 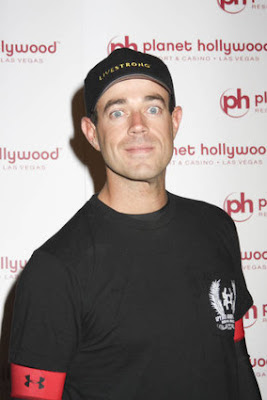 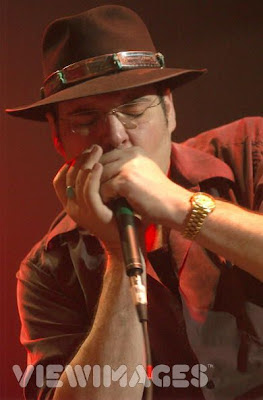 
Last night I was watching Last Call w/ Carson Daly and found it inspiring (like some episode of the Dick Cavett Show) that Carson Daly would have John Popper on to do a little "improv" type number that has no chance of any commercial play.
For Johnn Popper was just-up on stage blowing his harmonica and trading-off and feeding-off of the percussionist playing-the-sticks on half barrel (kegs) and plastic containers. It was something you might see on a street corner of the energetic & eclectic South Side of Pittsburgh and not something you would expect to see on a major TV network = A+++ = It was definitely hot = A+++
I believe I owe Mr. Carson Daly an apology - as I once had a disdain for him as I considered him a someone who only had an agenda oriented for corporate cookie cutter commercial "friendly unit shifters." And, now, here he is doing something so cool I didn't care if I watched any more TV for the evening/early early red-eye morn.
[The John Popper Project is going to be playing a series of shows in Colorado in March and April. Go to the John Popper Project website and myspace pages for dates and locations. New Blues Traveler dates are also currently being booked ]

Best of the Roses,
John French
www.mystrawhat.com www.myspace.com/mosshead7
Posted by My Straw Hat at 3:51 AM