What is a true conservative? (Republicans 2016)

What is a true conservative? First maybe we should be asking to define "truth" and "is" with this crowd, though. Nevertheless, a couple years ago I began noticing a new kind of Republican that was a hyrbrid of Libertarian and Moderate Republican. This sensitive libertarian knows they can't just throw away safety nets like more established politicians and pundits love to easily use as a dismissive argument for libertarianism all together and also aligns with the liberal left when it comes to civil liberties and individual & minority rights to protect citizens from an ever so over-reaching big big government who to keep getting fed will bend, break and compromise the social contract of natural law which does indeed acknowledge all men and women are born free and equal. This hybrid does not focus on the Iowa norms, values and taboos of the 1950's that more or less molds qualified republican candidates but rather has evolved with the times on cultural changes and shifts yet still wanting small business and entrepreneurs to succeed and be protected by an enlightened government who can be prudent about spending with major major debt. .... So, Rand Paul is an example but he had been made a joke by the esteemed elite politicians and pundits and unfortunately out of the 2016 race for president and now there is talk about a bigger clown? an evil clown? ... at any rate, a couple years ago when I took notice of the new republican hybrid this Grateful Dead song came to mind:"New Speedway Boogie"
Please don't dominate the rap, jack, if you've got nothing new to say.
If you please, don't back up the track this train's got to run today.
I spent a little time on the mountain, I spent a little time on the hill
I heard someone say "Better run away", others say "better stand still".
Now I don't know, but I been told it's hard to run with the weight of gold,
Other hand I have heard it said, it's just as hard with the weight of lead.
Who can deny, who can deny, it's not just a change in style?
One step down and another begun and I wonder how many miles.
I spent a little time on the mountain, I spent a little time on the hill
Things went down we don't understand, but I think in time we will.
Now, I don't know but I was told in the heat of the sun a man died of cold.
Keep on coming or stand and wait, with the sun so dark and the hour so late.
You can't overlook the lack, jack, of any other highway to ride.
It's got no signs or dividing lines and very few rule to guide.
I saw things getting out of hand, I guess they always will.
Now I don't know but I been told
If the horse don't pull you got to carry the load.
I don't know whose back's that strong, maybe find out before too long.
One way or another, one way or another,
One way or another, this darkness got to give. 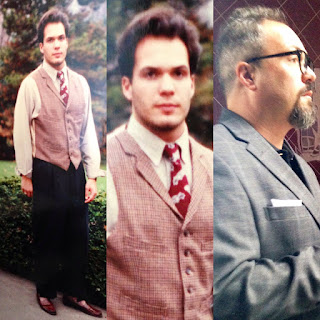 Good wishes,
John
Posted by My Straw Hat at 9:51 AM