Conservative Incompetence Classification Scandal: HUGE Mistake
No matter Republican or Democrat! Ask the question, is a gardener snake "slightly less awful" than a rattlesnake? (Then if earnestly trying to eradicate deaths from poisonous rattle snakes why you go into the gardener snake killing business classifying them the same when one is clearly non-poisonous & a non-threat?)
In summation, if one is earnestly trying to eradicate poisonous snakes, why would one waste resources eradicating non-poisonous snakes?! Why
Call your congressman! Jeff Sessions is inadequately inept to serve & protect the people from the real dangers based in reality & not politics and Congress is turning a blind eye!
"Stop wasting our hard earned resources funded by tax payer dollars on non-threats!"
Conservatives rule the House, Senate, Executive Branch & Judiciary so Washington DC can
Fix this classification scandal:)
Poisonous Snakes And Non-Poisonous Snakes Must Be Different And Not The Same Classification
(You would think our elected leaders and government officials, lawyers, judges from middle America and the south could distinguish the difference in Classification when it comes to a poisonous snake like a rattlesnake Vs. a non poisonous snake like a common garter snake when it comes to the real threats & dangers of each) 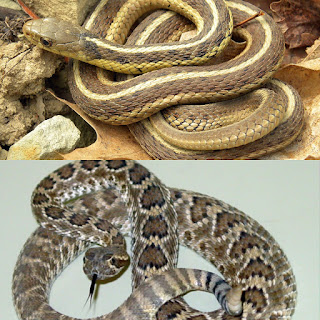 Good wishes,
John
Sent from my iPhone
Posted by My Straw Hat at 7:29 AM