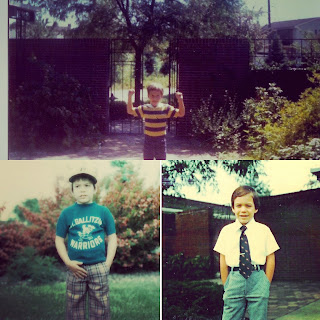 70's Photos of Me Courtesy of Conte Family Archives

warm breath in the gymnasium.
despite a single digit of deep January,
the temperature is rising with movement

it's different than most may think;
this boy participating in bounces,
smelling rosebuds saying their names