You Decide! Who's Hotter: Jill Kelley & her 'Kardashian' twin sister Vs. Paula Broadwell Vs. Bobbie Allen

. .. And the serious world events that have taken place are now boiled down to the pleasing low simmer of brains like a Jerry Springer episode zombies love to consume (w/ out even knowing what or why they're being spoonfed) = Jerry, Jerry, Jerry!!! 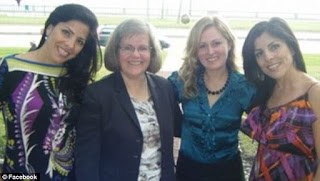 Jill Kelley - whose own alleged relationship with General John Allen has led to his nomination to lead American troops in Europe being put on hold - was invited to the wedding of Anne Petraeus and Matt Mauney, alongside her twin sister Natalie Khawam, MailOnline can reveal.

Pictures taken at the nuptials clearly show Kelley, 37, standing just behind the elegant bride as she claps along to a band and mingles with guests said to have included Vice President Joe Biden - and illustrate just how far the ambitious brunette had infiltrated the high-powered political world. 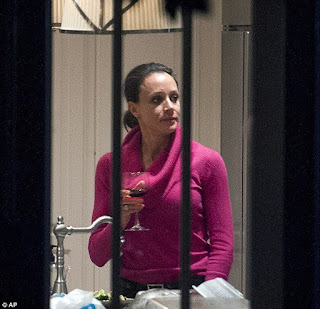 All alone: Paula Broadwell sips a glass of wine after fleeing to her brother Steven's house in Washington DC


It was Paula Broadwell's threatening emails to Kelley that led to the FBI's discovery of the affair between the biographer-turned-mistress and the nation's top spy-chief - and then led to General Petraeus's resignation last Friday.


In another jaw-dropping development it was then claimed that Broadwell also sent emails to General John Allen, who leads the U.S. effort in Afghanistan, under the pseudonym 'KelleyPatrol'.


In the catty messages, she called Kelley a 'seductress', warning the general about becoming entangled in a relationship with her.


This in turn led to a dramatic twist when sources close to the internal investigation into the scandal said that General Allen exchanged email's likened to 'phone sex' with Kelley. 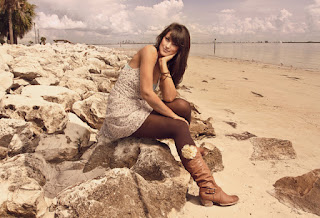 Bobbie Allen, 26, is a singer-songwriter who describes “her journey in to music as serendipitous but destined,” according to her website. Allen says that she was inspired by the Carpenters and that, since she was constantly moving around due to her father’s military post, “For Bobbie Allen, home is where the stereo is.” How poetic!