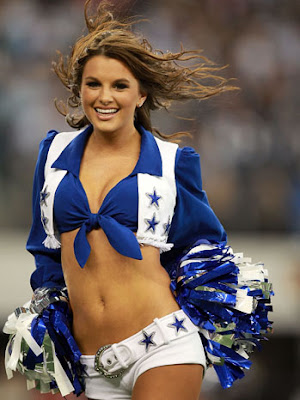 Maybe the Dallas Cowboy Cheerleaders are truly a team and do not like to have one of its cheerleaders gaining more attention than the others? Whatever the case the end result is that Dallas Cowboys cheerleader Melissa Kellerman found instant internet fame when she was knocked down on the sideline by tight end Jason Witten during the team's game against the Miami Dolphins on Thursday. 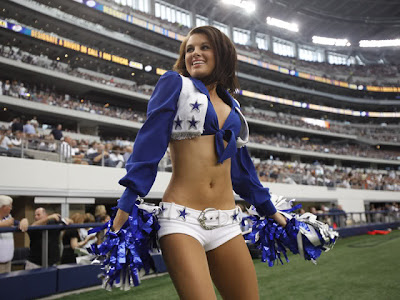 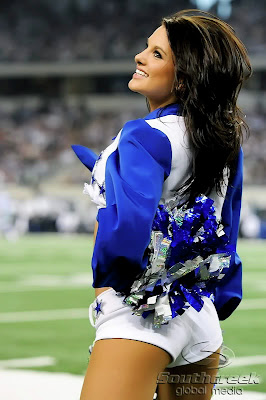 When Kellerman’s Twitter account was suspended soon after she tweeted about the incident, reports spread that it was a move by the Dallas Cowboys. However, Cowboys’ director of public relations Rich Dalrymple said Kellerman was not forced by the team to delete her account. 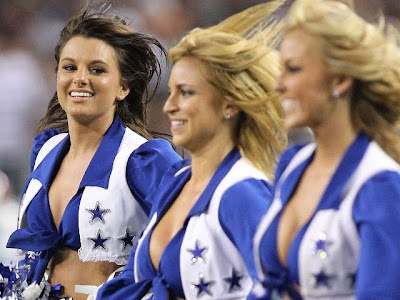 "The Cowboys organization does not get involved in the administering of twitter accounts for players or cheerleaders," Rich Dalrymple told The Hollywood Reporter.
Dalrymple added that "Melissa made her own decisions regarding her account over the weekend." On Monday, Kellerman’s account was reactivated, but her Tweets are now protected.

"The Dallas Cowboys might accidentally tackle cheerleaders on the sidelines, but they would never tackle a DCC's twitter account," she wrote. "Cowboys did not 'force' me to deactivate. I chose to spend the Thanksgiving wknd with my family.......& not my twitter account."

Kellerman, who has been on the team for four years, is from South Carolina. Her profile on the Cowboys website says she is interested in being a child specialist and working in hospitals, an elementary special education teacher or a wedding event planner. 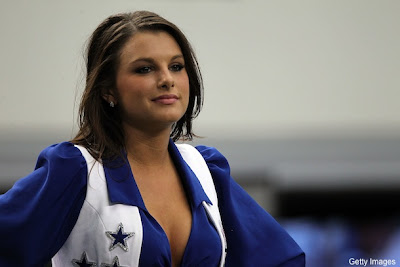 The Great One and The Great Daughter just hanging out. .. Apparently Wayne Gretzky would like his 22 year old daughter to spend more Hollywood Nights with him than posing for provocative pictures to post on line via Twitter. 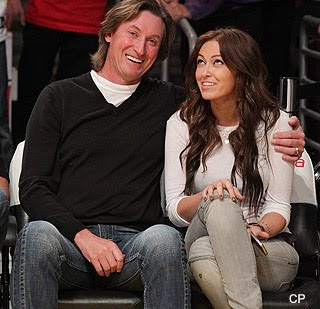 Paulina Gretzky, the 22-year-old daughter of hockey legend Wayne Gretzky, had dabbled in pop music and acting before finding her true digital media calling: Posting provocative photos on social media. She never became a music sensation, but she became an Internet legend. 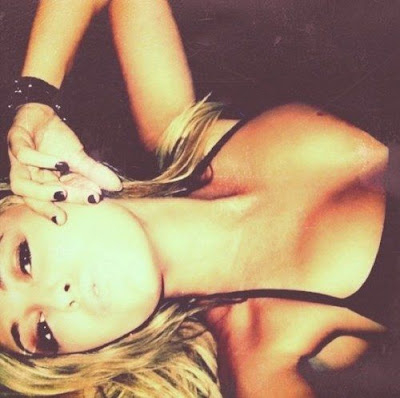 Paulina Gretzky's Twitter feed has been deleted, and David Graham of the Toronto Star pieces together a timeline that suggests Wayne Gretzky may have encouraged it?
Maybe the same way that the Dallas Cowboys did not force Melissa Kellerman to shut down her Twitter account but may have encouraged it. 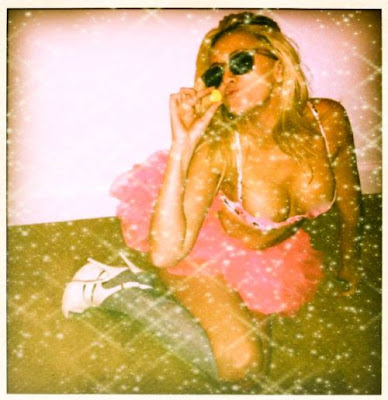 One person of the New Everyday Media you can count on to continue to follow on Twitter, FaceBook, and various blogs around his 3 a.m. TV show Red Eye and his other new TV show he co-hosts at 5 p.m. without being shutdown or suspended is the feature of the L.A. Times Entertainment section this past Sunday. 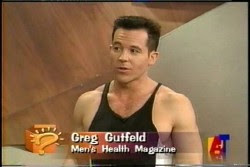 Provocative?! Just look at this pic of Greg Gutfeld when he was Senior Editor of Men's Health Magazine. Of course, Greg is now a fashionista looking like he's right out of Picadilly Square or some bar Chelsea bar in Manhattan but nevertheless he is inspiration for New Media Madness: an everyday art. If I could have an editor, I'd have Greg over me on many long nights and early mornings.

The conversation with Greg Gutfeld in the L.A. Times does a decent job depicting his provocative genius that defies everything out dated and boring about the NEWS and multi media that some of get sick of being spoonfed like arrogance from a pulpit you're paying lots of money to endure.

Sure, you can change the channel on Greg if you'd rather have someone in a suit sitting in an old comfy anchor chair behind a dazzling desk speaking at you = however ratings show that a lot of us would rather join in on the conversation with Greg Gutfeld and his new everyday media outlets = as Greg's 3 a.m. show Red Eye (which airs at 3 a.m.) makes toast out of any other NEWS show on Prime-Time other than Billy O'Reilly's show.

I surely don't agree with everything Fox News Channel does but I do agree with its decision to give Greg Gutfeld the space & freedom to do his thing. ..
The Sunday Conversation: Greg Gutfeld http://articles.latimes.com/2011/nov/27/entertainment/la-ca-conversation-20111127

Best of the Roses,
mystrawhat.com
&
the new everyday media

New Media Madness: an everyday art (coming some time soon on mystrawhat.com)
Posted by My Straw Hat at 8:39 AM