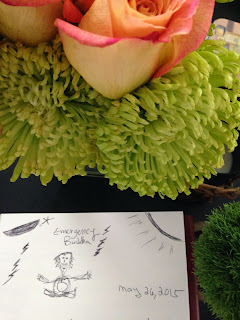 small batch coffee is brewing permeating the alley ways of life with a signature pungency
echoing in the caverns of memories like stale beer striking a stranger in a transient tavern but rather innocently as childhood discovery dunked like bread newly anointed in a cup of Morning-Joe.

Walking down a certain favorite avenue to stroll down she feels sun-light hitting her face and then it's all happening in quick seconds of time as the sun-light blazes in her eyes and she is fully enjoying the way it is making her feel. ..
invigorating,
stimulating the senses
lubricating her spirit
& illuminating her mind's eye.
she releases when hitting the vortex
Powerful ley-lines at perpetual work

A  giant web connects infinite sources of light within our universe
- (or what we allow ourselves to think we know of it) -
Collectively we beam as one. however a select few are detecting vibrations.
shining brighter,
transmitting clearer tones
On their strand of web they share with like-minded-souls
alerting by calls beyond explained language.
akin to a tribe resilient in the face of heavy obstacles.
- primitively modern yogi.

Is it your turn to die today?

Invoking his emergency Buddha
he defies their eager mistakes
and he escapes the planned
impending death.
And in the reality of enlightenment
slows it all so he can accomplish good. 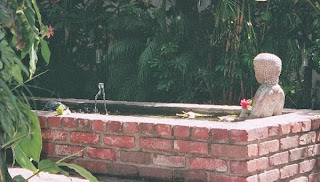 this was outside poolside cottages of Sun-set Gate at Chateau Marmont i kindly by happenstance  received as an upgrade on one of my stays
Posted by My Straw Hat at 12:33 PM No comments: