a True Story (This One) 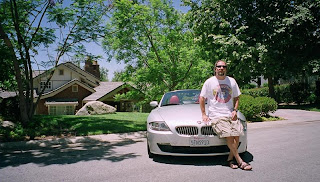 me in Los Angeles, California shortly after what I'm talkin about

I had arranged for a golf foursome at Chartiers Country Club one summer's day.
This golf foursome consisted of the president of Bayer Corporation (the German, Dr. Attila Molnar), Bob Pompeani - riveting voice of local sports, Mike Speranzo - Mr. Small's, Drowning Clowns, Pro-Am Skater, and me -your everyday guy.
Some, including myself, may have thought this was a motley crew. I was a little nervous about how this would go and if I could pull off a good time.
Next thing you know, a couple holes in, Bob Pompeani and Dr. Attila Molnar, the German -president of Bayer Corporation, are talking smack on each other. ..Speranzo wastes no time joining in and Bob and Speranzo form this allegiance against the German and the two of them start chest bumping like they're Pittsburgh Steelers after a great play --- which, eventually, in a show of good sportsmanship, they kindly included Dr. Attila Molnar (the German) in after he would make a good shot.
The four of us had a blast.
And, for Speranzo and me - and, I believe the German too, a very cool highlight was Bob Pompeani lending his riveting voice of local sports to provide commentary on our shots - play by play like.
It was an awesome day I'll never forget.

Best of the Roses, John Conte

favorite
Posted by My Straw Hat at 9:41 AM No comments: Chautauqua Lake Me in July a Couple Years Ago - Chautauqua Inst.

Best of the Roses, John 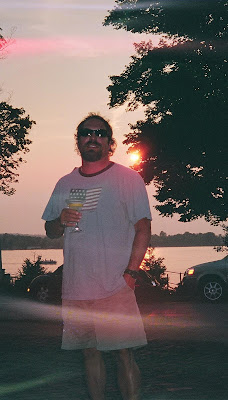 Today I raise my glass and toast to the real freedom(s) of Independence Day and am thankful & grateful for those who justly set-it-up in accordance with Natural Law (John Locke and Jean-Jacques Rosseau being two intellectual, philosophical thinkers & writers to draw from) and those who bravely have fought and continue to fight for us everyday. .. Happy 4th of July everybody. 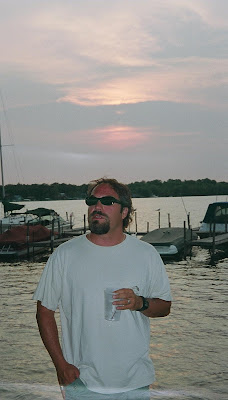 Best of the Roses,

July 3rd Marks the 40th Anniversary The Doors' Jim Morrison Death, We Remember Him Now With Five of the Most Surreal Theories Surrounding His Passing

​
July 3rd marks the 40th anniversary of the Doors' legendary frontman Jim Morrison's death. Fans worldwide will celebrate his life and his massive contribution to music--just imagine how many bands now owe their sound to the Doors--with tribute shows, exhibits, and even ceremonies. The Rock and Roll Emporium in Huntington Beach marks this day with a special memorial event featuring an extensive exhibit of rare artifacts spanning Morrison's entire career as a poet, artist and musician.
"With 2011 being the 40th anniversary of the death of Jim Morrison, we wanted to host a memorial celebration of his music, life and legacy," said Andrew Kirby, managing partner of The Rock and Roll Emporium. "We've gathered artifacts from the very beginning of his career as a film student to hand-written poems including one of the first songs he wrote while living on a rooftop in Venice Beach, to a collection of more than 400 rare historic photographs. This is a great chance to own a piece of history from one of the most notable and iconic bands to come out of Southern California."

You'll find the Original Bail Bond sheet signed by "James Douglas Morrison" from his arrest on suspicion of indecent exposure during a concert at Dinner Key Auditorium in Miami's Coconut Grove section in 1969, a collection of rare photographs by Ron, Raffaelli, Henry Diltz and Joel Brodsky, rare concert posters, gold records, autographed items, original tribute artwork, and original poetry written in Jim Morrison's hand including the lyrics to the song "Moonlight Drive" from The Doors' second album "Strange Days" which was released in October 1967.

So much has been written and speculated upon surrounding Morrison's life and death. He was reportedly found dead in a Paris, France apartment he had sub-leased in 1971. His 'wife', Pamela Courson, was the first to discover the body in the bathroom, where he lay in the bathtub, naked and half-submerged. Following his passing, there was a series of bizarre and convoluted events, probable conspiracies, strange coincidences and surreal news reports stemming from the three-day media blackout after he died. Officially, his death was listed as "heart failure," but before heading to Paris, his doctor reported him to be in excellent health.

Now, on the 40th anniversary of his death, we look at the self-perpetuating mythos that has developed and enveloped the facts with five of the most surreal theories surrounding Morrison's passing.

5. Many believe that Morrison faked his own death and dropped off the grid with a new identity--and apparently Morrison himself had repeatedly planted the seeds which would lead to this sort of speculation. At the Fillmore in San Francisco in 1967, he apparently started suggesting that he should pull a "death stunt" to bring national press attention onto the band. Doors keyboardist Ray Manzarek has said, "If there was one guy that would have been capable of staging his own death -- getting a phony death certificate and paying off some French doctor... And putting a hundred and fifty pound sack of sand into a coffin and splitting to some point on this planet -- Africa, who knows where -- it is Jim Morrison who would have been able to pull it off."

4. Morrison also told writers on more than one occasion that he could see himself "radically changing careers, reappearing as a suited and neck-tied businessman." Elektra Records' founder Jack Holzman's assistant Steve Harris even remembers Jim Morrison asking what might happen if he were to suddenly "die," how might it affect business, record sales, the press, and would people believe it?

3. J. Prochniky's Morrison biography, Break On Through, explores the occult rumors surrounding his death:
"... Another supernatural-based theory is that Morrison's body had been driven to great extremes by the spirit of the shaman he believed had entered his body as a child on that New Mexico highway. When this spirit or a demon its talents to influence the world, it abandoned Jim and left him a physically wasted and mentally exhausted man who felt betrayed with no desire to go on..."

2. Apparently anthropologist Allison Bailey Kennedy went as far as associating Morrison with Orphic mystery cults and their initiatory uses of various spider venoms, which release the "deuende in Gypsy tradition -- the dark soul that burn incandescently like a cicada, immolating itself in fiery passion."

1. The most surreal occult theory surrounding Morrison's death is revealed in No One Hear Gets Out Alive by Sugarman and Hopkins:
"... Other theories abounded in Jim's close circle of friends. One had him killed when someone plucked out his eyes with a knife ("to free his soul", as the story had it). Another had a spurned mistress killing him long distance from New York by Witchcraft..." Plucked out his eyeballs with a knife? How horrifying.

The Rock and Roll Emporium's memorial celebration starts on July 3rd with the unveiling of the "Moonlight Drive" lyrics and continues with a candle lighting at Surf City Nights Tuesday July 5th.