Steeler Fans: You'd Be Surprised Everyone Who Digs the Steelers & Their Fans

OK, so long before I was posting and emailing as "John French" I was emailing and penning here and there as "Julian Denver Fox" and, at times, a little more naked as "Denver Fox."
Well, as being in delicious Denver last week I can certainly say there truly are indeed some "Denver fox."
Firstly, I have to say the weather exceeded my expectations being 65, 68 and like 70 degrees. I was almost disappointed that I had smartly packed wool Pendelton sweaters and even had my trusty white-waffle-long-john shirt from 1987 with me ready to wear everyday.
However, as in the pic below but in January (last week) I was witnessing and even partaking in late afternoon and evening happy hour outside in Denver, CO. 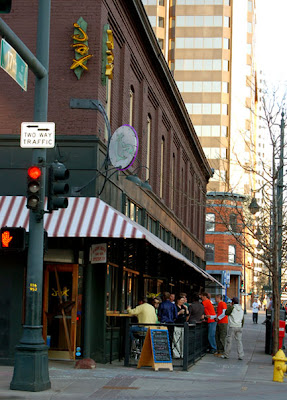 Now this pic is not mine and is one the website of JAX Fish House Denver, CO in what is considered "Lo Do" ...

In fact, dinner and drinks and/or drinks and dinner were so cool there that I did it back-to-back. The first night I had the calamari Fried (Calamari 10. mango-chile mojo, baked lime aioli) and a great salad and this awesome Colorado Strip Steak w/ a Alaskan King Crab leg.

Yeah, the next day and night I couldn't get that Colorado Strip Steak out of my head so I ordered it again but was lucky enough to able to also enjoy a few other things before and after aside from Moët Chandon White Star (Champagne, FR) like unbelievably fresh Raw Oysters on the Half Shell mkt.$ and Northern Lights Smokeries Black Cod 16. savory french toast, créme fraiche, sturgeon caviar and Prince Edward Island Mussels per pound 9. w/ either sake, lemongrass, thai basil OR red curry cream and for dessert a Vanilla Bean Panna Cotta vanilla - rum caramel, blueberry sauce, creme fraiche whipped cream ...

Well, as you may find the wine list very adequate and intriguing, if JAX finds you adequate and intriguing the "little black wine book" will find its way to you ... This is a true connoisseurs delight as it is not dictated by how big the price or vintage is but rather made up of wines of truly rich character for the pleasure of refined, unpretentious tastes.

And, well, yeah, there are some real "Denver Fox" also on the menu whether working there or dining or just hanging out .. Let's say Jesse was as unforgettable as that Colorado Strip Steak and Lori as chill as the Moët Chandon White Star.

In general, I found Denver Colorado to be beautiful and inspiring = (beautifully inspiring).

The "Lo Do" (lower downtown) is very eclectic and shabby sheik.

Another spot I found interesting but didn't spend a lot of time was the Oxford Hotel - as it had hauntingly familiar pictures of old Denver City and even some original decor, fixtures and materials to match - it kinda casts a spell on you - well, unless you're there to cast a spell on it with/of the pure intent of a good passerby and such ... ... ... ...

"The Mall" is sort of like the long open street in which "the mall" in Santa Monica exits --- expect Santa Monica has "Hollywood Hills Sevan" and the Pacific Ocean and the King's Head and the Britannica ...

So, and, well, if you're into "classy entertainment" the Diamond Cabaret & Steakhouse is "tits" ...

I always heard Denver was pretty "crunchy" and there were a lot of people who dug the Grateful Dead = and I know Rusted Root was through out Colorado about 12 times in 2008 = so I figured it had to be pretty cool, pretty neat ... ... ... ...

... Clayton & Dave were wearing cowboy hats because of the Blaggo reference to being a misunderstood cowboy in the old west ... and so ...


Fox & Friends Weeknd --- It's like Brokeback Mountain with out any mountains ... (except for the other hot physical attributes of Alisyn aside from her legs) ... 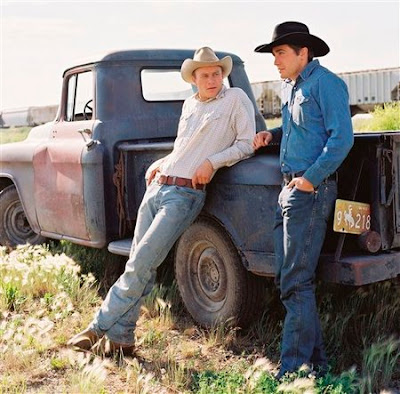