Not Cool Greg Gutfeld of Fox News Channel: how Tucker Carlson is suspect

While watching your 3 a.m. TV program Red Eye on Fox News Channel last evening / this early early morning, it was evident that your #newmedia-round-table-guest Tucker Carlson was quite testy & agitated when discussing the value of the NSA and its abilities to actually prevent terror attacks like the Boston Bombing and 9-11-2001 despite its absolute over-reach in so far as privacy for U.S. citizens go. ..

Tucker was promoting that "living your life without fear" is more of a bigger win for the War on Terror (overseas-contingency-plan) than NSA spying and its absolute power programs in the face of the U.S. Constitution just like the long-haired he is.

Going as so far as to say that "government does not and should not have power over the rights and privileges of its U.S. citizens." Ha! What a hippie-freak!! ... "Government should not have control of our lives and has no right to know everything about us by labeling all-of-us suspect." ... Can you believe this guy?!

But we know why Tucker Carslon is so sensitive about human rights, civil rights and individual & minority rights! ... I mean, yeah, CNN exploited him from like age 12 by under-paying him and over-working him. .. for years!

However, he's such a long-hair with a case of "affluentenza."

Actually, I wonder how he's kept that child-star quality long hair all these years anyway. Hahha.

I wonder what kind of "hair products" he's using?!

Well, according to Edward Snowden and the paranoid long-haired Tucker Carlson himself - we can label him "suspect" inside the NSA surveillance programs and then "target" him ... connecting dots for an agenda to expose him for using "hair products" not yet approved by the FDA.

As a matter of fact, if he's using these "hair products" not approved by the FDA, he's probably selling them too.

No wonder why Tucker Carlson is so anti-government!

See, Greg, all of his followers need to know he is being investigated as a suspect.

When they "bag-him" it will be doing all of us a favor and not only meeting quotas for busting someone involved with illegal-drugs not approved by the FDA so the real war = the war on drugs can continue to get large amounts of funding even from those wacky left-wingers Obama, Pelosi and Harry Reid.

We are all safer from terror because of the NSA and its spying and the war-on-drugs.

No wonder why Tucker Carlson is so "pro-rights" and anti-government and is paranoid about "bad actors" abusing the system. 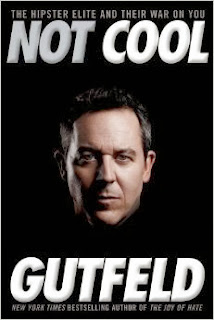 Not Cool: The Hipster Elite and Their War on You: Greg Gutfeld ...


Not Cool: The Hipster Elite and Their War on You [Greg Gutfeld] on Amazon.com. *FREE* shipping on qualifying offers. Behind every awful, dangerous decision ... 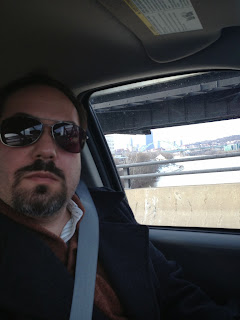