I took these pics of Liz Berlin from the photo pit @ The L.A. House of Blues w/ her band
Rusted Root on her birthday July 2006 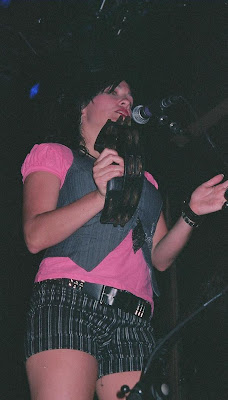 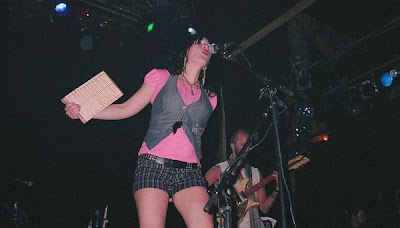 New Media Madness: an everyday art (coming soon on mystrawhat.com)
Posted by My Straw Hat at 9:21 AM No comments:

And, yes, there are only 10 Songs on this album 12 Golden Country Greats = what a gem.

Since Elektra paid for Ween to record in Nashville with bonified studio players I wouldn't call it a parody album. .. I mean, Ween doesn't have a genre. .. so just like a NY Times article today in the Sunday edition Arts & Leisure section was making the cutting edge argument that today's pop doesn't really "pop" in terms of doing and, definitely not defining, anything new but it's a mix of the last few recent decades and different genres and styles from those 60's, 70's, 80's and 90's. .. That's why bands like Ween and Rusted Root = who you will find at any current big music festival this summer and seemingly always on tour for the past 20 years (both from Pennsylvania and started around the same time) just keep on keeping on = they were never darlings of any one genre = and, in fact, frustrated the record executives who just wanted their one hit song from an album that clearly was branded as a formula to shift a certain number of units (yawn). .. So, there you have it this Sunday = Pretty Girl by Ween = ( i know this will make you smile and hum along). ..