Close Up The Honky-Tonks (Avalon Ballroom 69)

It was after his show in a Pittsburgh spot that Jeff Tweedy and I over Diet Coca-Cola cans that he was preaching to me about Gram Parsons and The Flying Burrito Bros. Now, I had just seen Jeff Tweedy w/ his back-against-the-wall at a place called Metropol which Ween said "next time in Pittsburgh why don't you just book us in a urinal in the bus station because the sound would be better and we wouldn't have to stop after midnight for some "fill in the blank" dance night" = And, well, Jeff took LEMONS and TURNED THEM INTO LEMONADE w/ GRAY GOOSE vodka. Best rock'n set ever ... My wife and I still recall this doll of a female local reporter / journalist there for dance-night and was like "who is this Wilco?!". .. Yeah, the same Jeff Tweedy / Wilco / reporter / journalist that told me Gram Parsons Avalon Ballroom 69 was a littlle like the "Neon cosmic Americana of that Coca-Cola machine" we were standing nearby = "never going out acorss life-on-the-road = or well, everyday, on earth -  for that matter." ... So, just until last spring when "Bear" from the Grateful Dead Road-Crew finally let us al take a listen to the double CD = two nites of Gram and The Flying Burrito Bros opening for The Grateful Dead San Francisco 1969 did I listen. And, not to sound too much like an archival GEEK but, "wow." 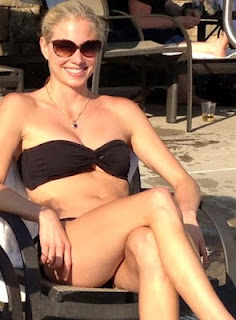 Is your bod bikini ready? I have a couple tips to help you out!
http://www.morethanmary.com/2012/06/getting-your-body-bikini-ready/

New Media Matters: an everyday art
@
mystrawhat.com
Posted by My Straw Hat at 12:33 AM No comments: