Dear Santa,
It was easy to compose a Top 100 Hottest Women of new everyday media for the e-book NewMedia Matters on mystrawhat.com with so many dynamic and engaging personalities via new media.
Only choosing 25 Top Hottest Women of new everyday media for upcoming e-book #BIGnewEdayMedia 2014 for mystrawhat.com is hard! I am not a Grinch by any means and have always been known as a giving, generous good-guy. Only 25 is tough!!
I come to realize that the women we have in our lives can drastically effect the path we find ourselves on or want for ourselves.
Henceforth, to be good is to have a better woman.
Some women in new media seem to exude this emissary type role to help sift through the coal ashes and expose a gossamer morning with real promise of inspiring day light = for a New Day.
A new day with better stuff. .. Inspiring #everyday people to want to be better by doing better.                        #passion #compassion #empathy
Dear Santa, there are a lot of women of new everyday media that inspire me everyday to be better and provide informative yet fun deliveries of important information to help break down unjust and intolerant mindsets & laws we need to work to change.
Please let me know the 25 who have been naughty ;) and the 25 who have been nice.
Best of the Roses,
john alan conte jr.
&
the new everyday media 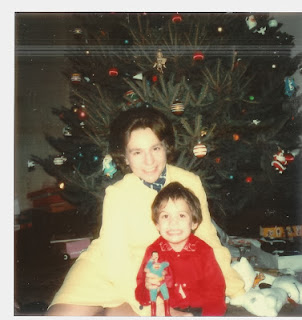 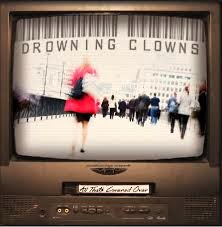 The Debut Album: All That's Covered Over
“Part of the appeal is the freshness of the material. It's not purely rock, not purely anything” states Rege Behe of TribLIVE. “While the raft of musicians might seem to imply a noisy product, the Drowning Clowns actually create musical landscapes that are serenely intricate.” -Rege Behe: TribLIVE.
The album is available to purchase here, and make sure to "like" the band on Facebook for updates
The Drowning Clowns are:
Mike Speranzo
Frank Spadafora
Liz Berlin
Dirk Miller
Mike Hammer
Jesse Prentiss
Evan Smith 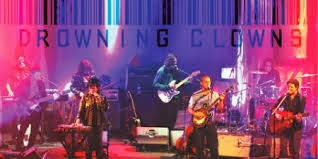 As Officer Pfeifer describes it, the solution sounds like it came from a detective story.

“The sun came through the snowglobe, magnified it enough, and caught the straw hat on fire,” he said.

The globe acted like a magnifying glass focusing the sun’s rays, and the straw hat was fuel for a fire.

“That’s what we’re coming up with. Nobody was in that room for four hours,” says Assistant Fire Chief Glenn Pfeifer.


“We were sitting down there having a tea party,” says Crystal.


Then, the smoke detector went off.


“These blackened walls used to be bright yellow,” she said. “It melted all the hangers in her closet.”


Officer Pfeifer grabbed the kitchen extinguisher, but the heat and flames were too much. He did notice that the hottest spot was atop Olivia’s dresser

After another first responder and the Middlesex Township volunteer firefighters got the fire out, they began looking for a cause. That led back to the dresser and the charred remains of a snowglobe and a straw hat. 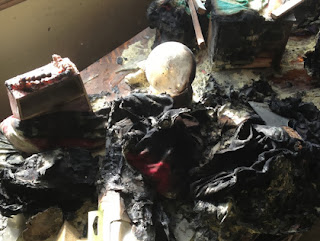 “It’s gotta be the snow globe,” says Crystal. “There was nothing else in here plugged in.”

Strange it may be, but all got out safely, including the family’s pet Bearded Dragon, belonging to one of the Yosts’ 10-year-old twin daughters. It’s one for the family memory books.

“The Lord was looking out for us,” said Crystal.