Why Black Enthusiasm Not There for HRC?!

Why Black Enthusiasm Not There for HRC?!
With Donald J. Trump stating yesterday we need stop & frisk nationwide, you'd think the vote against Trump would be urgent!

Yet, we see this lack of enthusiasm to vote for HRC 2016 from the black vote.

Well, the crime bill Bill Clinton so eagerly signed under his Admin has decimated the black community. ...And, then, there is the delivery of hope & change from the 1st black president of the USA

(As karma or hipster irony would have it Chicago where Obama lived, worked as a community organizer & politician, is thick with an evil that chokes the air out of lungs of black folks dying in the bullet ridden streets of South Chicago at an unprecedented rate were prisoners of the Civil War had their last breaths stifled by hatred, revenge & retribution in the most intolerable conditions)

In the back seat of a soft luxuriant car I'd ride with my father after mass to drive to a nearby river town along the Ohio River Blvd outside of Pittsburgh in Beaver Co to purchase the NY Times. We'd pass a lot of black men on the corners and as an inquisitive 6 yr old aware of his unique status and perspective wondered if these black men would still be on the corners every Sunday when my father took me to buy the NY Times if there was a black president of the USA. Surprising myself posing the dilemma ..would a black president be business as usual or use the position to do whatever it takes to make change for the black men on the black corners of black towns like Freedom, Pa where we bought the NY Times? 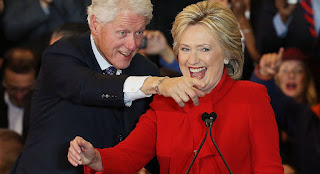 Good wishes,
John
Sent from my iPhone
Posted by My Straw Hat at 8:48 AM No comments: