At the knock on the front door they were alarmed yet it was nothing more than that startling of an unexpected knock. They were fairly quiet and kept to themselves although they lived on a busy street littered with cars and kids. However, the routine emotions one feels while answering a knock at the door soon dissipated and was replaced with a hot steel sweat that seemingly started in the pit of their stomachs and moved to the back on their throats as they greeted two police officers at the front door.


“Mr. & Mrs. Krugglick?” the officer began and with a nod from the couple he proceeded, “may we come in?”


The tiny kitchen table showed no signs of a troubled home. It was quite non descript and looked like several kitchen tables on that street, in the neighborhood of the city of Boston, Massachusetts.


While the white glove dust tests were conducted in the household every Saturday morning cleaning-up the evidence that time indeed past and dust settled with its mixture of skin particles, mites, dirt & grime for the everyday inside & outside did they miss the real focus and meaning behind the horrible violent crimes the officers blatantly stated their 25 year old son committed? All those victims. And the poor grieving families & friends!


Mrs. Krugglick dismissed the incessant teasing her son gave the family pets as just a normal aggressiveness that boys did – even when there were signs of wounds from abuse and an uneasy wincing from rooms when he was in them with the animals. For it was only a recent phenomenon to let animals in the house to begin with and may not have even occurred if Mr. Krugglick did not take heed to the advice of a Mason on the street that explained how his connections told him that Mr. Krugglick would probably have to face some fines associated with animal & pet abuse and neglect if he didn’t make certain the animals were more properly looked after and not roaming free day and night – or the dogs just chained in the backyard in all weather barking frantically at times as if to fend off attacks and also from apparent lack of fresh food and water. Cambridge was shedding its working class image for a more white collar “tech” friendly environment. The Krugglicks like many other families were caught in the middle of this shuffle – which might explain the bullying their son received from both sides of the track – with his inadequacies of not being cool, or tough enough for one side and not good-enough & status confirmed by the other.


At any rate, while they searched the bedroom with the officers both Mr. & Mrs. Krugglick shed hot tears of shame and misfortune and guilt as Mrs. Krugglick grasped at, held, and squeezed  the mutilated teddy bear the officers pulled out of the closet and from the childhood of the mass killer.


Best of the Roses but not roses colored glasses,


mystrawhat.com
Posted by My Straw Hat at 11:20 AM No comments: 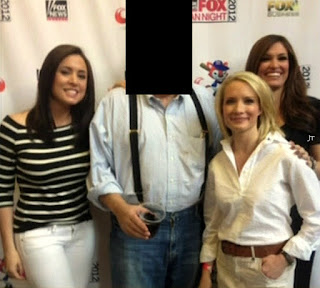 Greg @greggutfeld, wink @DanaPerino, blink twice @AndreaTantaros and kick Kimberly @kimguilfoyle to vote for one of them and the French white tulips ...

Where today I remind MarcLaMontHill and one of his rapper friends @RHYMEFEST @marclamonthill of Thomas Jefferson's 1st draft of the Declaration of Independence
+
Tell Bill Mayer @billmaher that yes as I heard on @foxandfriends via Steve "the Dooce" Doocy DoanldTrump is suing him now just like he is also currently suing Pixburgh's Mac Miller @MacMiller and that MissPA.
+
Since I'm such a geek I answer @LATimes ques. "Should Yoda get his own StarWars spinoff"
+
reply to Reuters
Reuters @reuters Gee, Democratic lawmakers introducing legislation to decriminalize reefer ???!!! Ah, man, I wanted it to be Republicans so they can get out of the dark ages and not be so "10 BILLION years ago" like dinosaurs
Sent from my Verizon Wireless BlackBerry


Best of the Roses but not rose colored glasses,

New Media Matters
@
mystrawhat.com
Posted by My Straw Hat at 9:16 AM No comments:


Lunchtime at the flagship In-N-Out Burger restaurant in Baldwin Park, California, is a study in efficiency. As the order line swells, smiling workers swoop in to operate empty cash registers. Another staffer cleans tables, asking customers if they’re enjoying their hamburger. Outside, a woman armed with a hand-held ordering machine speeds up the drive-through line.


Such service has helped In-N-Out create a rabid fan base -- and make Lynsi Torres, the chain’s 30-year-old owner and president, one of the youngest female billionaires on Earth. New store openings often resemble product releases from Apple Inc. (AAPL), with customers lined up hours in advance. City officials plead with the Irvine, California-based company to open restaurants in their municipalities.
“They have done a fantastic job of building and maintaining a kind of cult following,” said Bob Goldin, executive vice president of Chicago-based food industry research firm Technomic Inc. “Someone would love to buy them.”


That someone includes billionaire investor Warren Buffett, who told a group of visiting business students in 2005 that he’d like to own the chain, according to an account of the meeting on the UCLA Anderson School of Management website.


The thrice-married Torres has watched her family expand In- N-Out from a single drive-through hamburger stand founded in 1948 in Baldwin Park by her grandparents, Harry and Esther Snyder, into a fast-food empire worth more than $1 billion, according to the Bloomberg Billionaires Index.


Famous for its Double-Double cheeseburgers, fresh ingredients and discreet biblical citations on its cups and food wrappers, In-N-Out has almost 280 units in five states. The closely held company had sales of about $625 million in 2012, after applying a five-year compound annual growth rate of 4.6 percent to industry trade magazine Nation’s Restaurant News’s 2011 sales estimate of $596 million.


In-N-Out is valued at about $1.1 billion, according to the Bloomberg ranking, based on the average price-to-earnings, enterprise value-to-sales and enterprise value-to-earnings before interest, taxes, depreciation and amortization multiples of five publicly traded peers: Yum! Brands Inc. (YUM), Jack in the Box Inc., Wendy’s Co. (WEN), Sonic Corp. (SONC) and McDonald’s Corp. (MCD) Enterprise value is defined as market capitalization plus total debt minus cash.


One private equity executive who invests in the food and restaurant industry said the operation could be valued at more than $2 billion, based on its productivity per unit, profitability and potential for expansion. The person asked not to be identified because he is not authorized to speak about his company’s potential investments.


“In-N-Out Burger is a private company and this valuation of the company is nothing more than speculation based on estimates from people with no knowledge of In-N-Out’s financials, which are and always have been private,” Carl Van Fleet, the company’s vice president of planning and development, said in an e-mailed statement.


Torres, who has never appeared on an international wealth ranking and declined to comment for this article, came to control In-N-Out after several family deaths. When her grandfather Harry died in 1976, his second son, Rich, took over as company president and expanded the chain to 93 restaurants from 18.

New Media Matters: an everyday art
@
mystrawhat.com
Posted by My Straw Hat at 8:59 AM No comments:

$10 BILLION of U.S. taxpayer money = What would you do if you had it @ your disposal to use without question?! I’d use it to bust hippies and the new breed of scum “the saggy pants wearing kids” for possession of marijuana!!!

$10 BILLION of U.S. taxpayer money = What would you do if you had it @ your disposal to use without question?!


I’d use it to bust hippies and the new breed of scum “the saggy pants wearing kids” for possession of marijuana!!!


I’d use $10 BILLION of U.S. taxpayer money ($75 MILLIION in NYC alone) to enforce the unquestionable findings from Richard M. Nixon’s administration in 1972 which made marijuana a Schedule 1 drug =making it as dangerous, lethal & illegal as heroin. 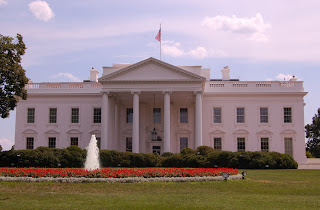 But don't listen to the liberal agenda of Arianna Huffington @ariannahuff ...


This is why we need to enforce marijuana possession penalties as a Schedule 1 drug =taken from Nixon transcripts:
Washington, DC: "We need, and I use the word 'all out war,' or all fronts . . . ." That was Richard Nixon's reaction to his national commission's recommendation that marijuana no longer be a criminal offense, according to Nixon's Oval Office tapes. The year after Nixon's "all out war" marijuana arrests jumped by over 100,000 people.
The Nixon White House tapes from 1971-1972 demonstrate that the foundation of the modern war on marijuana was Nixonian prejudice, culture war and misinformation. CSDP's Doug McVay spent several days at the National Archives listening to the Nixon White House tapes to find conversations about drug policy, especially regarding the National Commission on Marihuana and Drug Abuse ("the Shafer Commission"), appointed by President Nixon. He found: Nixon blaming calls for marijuana legalization on Jews; Nixon blaming the decline and fall of ancient Rome, and of the Catholic Church, on homosexuality; and Nixon criticizing the CBS sitcom "All in the Family" as a show which promoted homosexuality. (Check out some of these transcripts.)


"At a critical juncture when the United States decided how it would handle marijuana, President Nixon's prejudices did more to dominate policy that the thoughtful and extensive review of his own Blue Ribbon Commission," observed Kevin Zeese, President of Common Sense for Drug Policy. "If we had followed the advice of the experts rather than Nixon's prejudices we would have less marijuana use, be spending less money on marijuana enforcement and many million less people would have been arrested." Since the Commission issued its recommendation that marijuana offenses not be a crime, fifteen million people have been arrested on marijuana charges.
Highlights of Nixon comments on marijuana:
Arianna Huffington @ariannahuff tweeted this yesterday:


Best of the Roses but not rose colored glasses,

New Media Matters
@
mystrawhat.com
Posted by My Straw Hat at 10:18 AM No comments: