The 2x Waylon Krieger & I + Roby Krieger of the Doors

That time Waylon Krieger was playing a show in Pittsburgh at Rosebud with his father Robby Krieger of the Doors with Jim Morrison and my wife asked me after the show who I wanted to talk with as Waylon & I had an incredibly cool introduction in serendipitous fashion at Live Wire Recordings in Fla (where upon doing a couple numbers taking lead vocal with Post Face meeting Waylon & a crew when we opened the doors from our studio recording suite I later jumped in the Atlantic Ocean with all my clothes on from up the eastern seaboard in Pittsburgh and Waylon's phone number he wrote on paper washed away that was proudly in my Levi's & I assured him whatever we did musically had to make money because my father would dis-own me) and yet there was Robby Krieger of the Doors who I also had an incredible encounter with (that I also blew like a clown at the last minute) previously but after meeting Roby's son Waylon ... Both encounters granting me an affirmation, confirmation, verification, situation I thought I needed (& maybe that's true) and so my wife approaches Waylon with my story & we end up back of the club where Waylon is with my wife's cousin Lori.
Too true to be false and kinda funny #familymatters

Sent from my iPhone
Posted by My Straw Hat at 10:35 PM No comments: 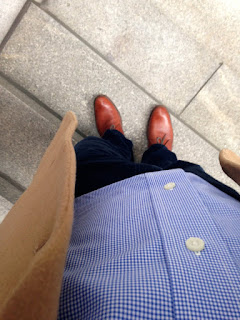